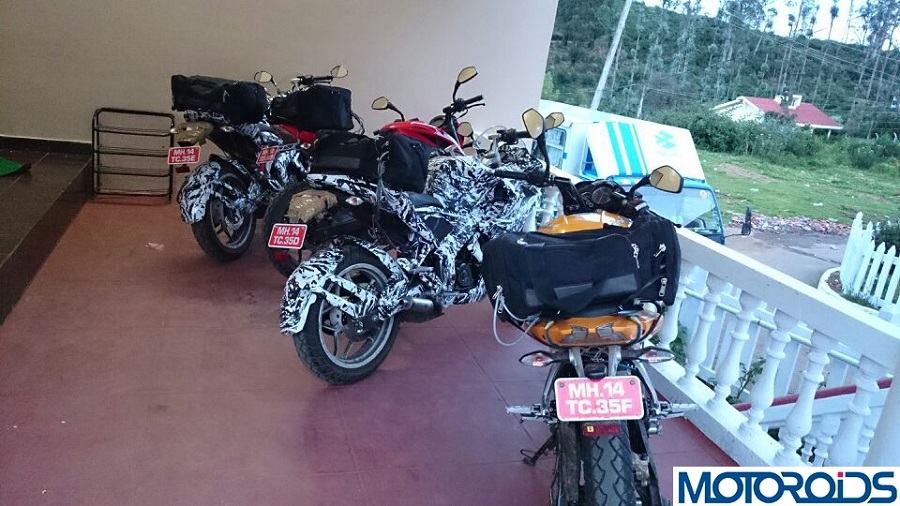 Three days back, some hazy shots of 4 Pulsars were shot somewhere in Ooty. Two of them were the faired camouflaged Pulsar 200SS whereas the remaining two were the existing Pulsar 200NS mules, which we suspect to be FI and/or ABS loaded vehicles under test. 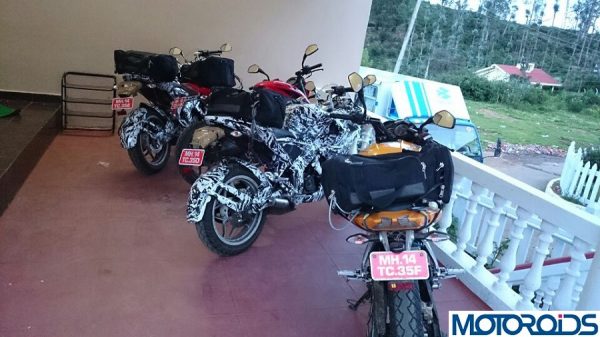 In a new development, we have clearer spyshots from possibly the same hotel/guest room parked outside a room courtesy Motoroids.com. We can also spot a ‘Bajaj’ van which may be a transport vehicle of all the 4 test mules. Since the Pulsar 200NS and the 200SS, both are parked together, we can make out the differences in both of them.

As a first, notice the minuscule exhaust on the 200SS. It appears to be an aftermarket one! If this is the stock exhaust, we are sure Bajaj will coat and cover it well for a streamed look. There are also reports of powerparts of Pulsar 200SS, this might be one!

The complete body of 200SS does share its flowing curves with the 200NS, but there are visible differences and Bajaj has definitely done a lot more than just a fairing-on-existing-body job. 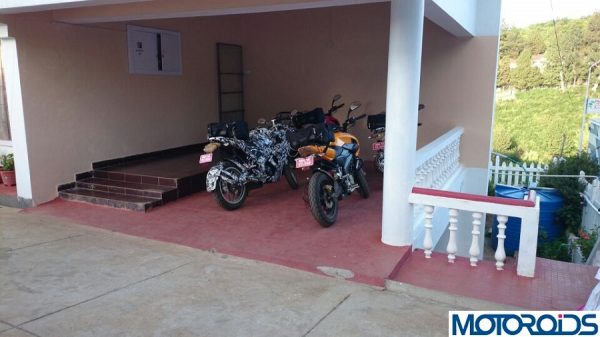 What will be music to tourers is the possibility of the handlebars slightly more upright than even on the 200NS. It may also be the case that Bajaj may switch to white themed alloys unlike the black of 200NS.

On the engine front for 200SS, it will be a carry over of the same 200cc mill but there are reports of fuel injection and optional ABS. Pulsar 200SS will, hence, mark the return of fuel injection which Bajaj ditched a few years back. Along with that, 200SS will be Bajaj’s first fully faired motorcycle and will come with twin projector headlamps.

Since these bikes are under test, it appears that it will be launched sometime around the Auto Expo in February. And like you, we are also pondering over the Pulsar 375!