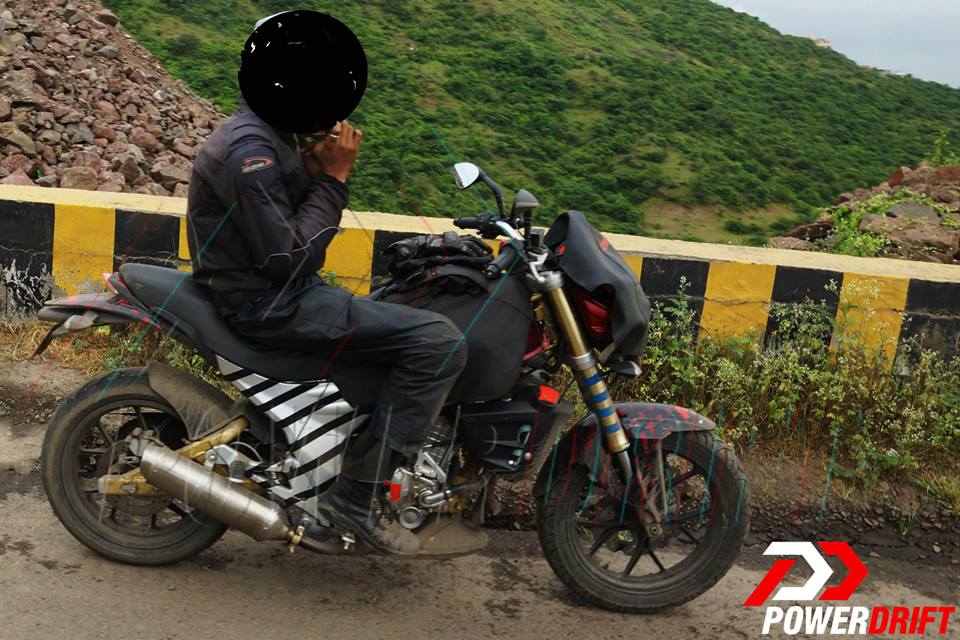 Mahindra Mojo is one motorcycle which brought the Mahindra brand to the hog-light in the two wheeler space. It saw a grand unveiling under the hands of the Bollywood superstar, Aamir Khan way back in September 2010 (Check unveiling pics here). 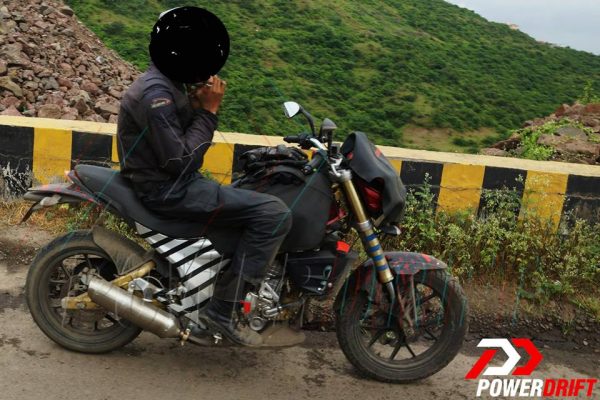 With the kind of response it received, it was clearly a case of hate-me-or-love-me design but what we were clear about was the fact that it was something ‘different’ from whatever we have been seeing around our motown. A launch that time would have ensured a first (or second) mover advantage but for some reasons, the motorcycle is still under wraps and a lot of people seem to have lost interest in it.

Nonetheless, we have received an assurance from Mahindra’s officials that Mojo will be launched sometime this year.  Talking about the present, Mahindra is busy testing the Mojo in India and what you see here are absolutely fresh spyshots of the Mojo coming in from Powerdrift. 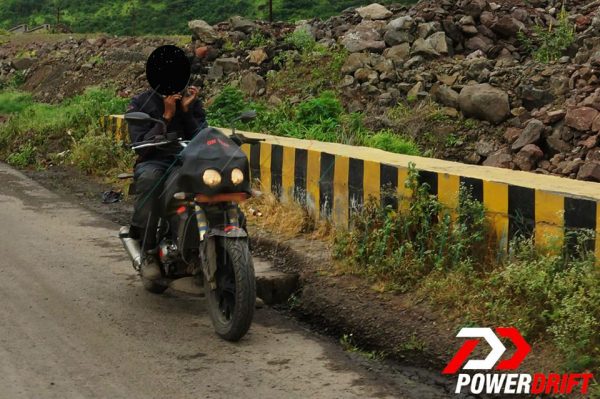 What seems to be different in this mule from its earlier spottings is the presence of strips for camouflage. I am unsure why would Mahindra want to do that! Another quick bit we gather from these spyshots is that the meter dial is flashing ‘orange’ colored back light! The original Mojo, when it was unveiled was advertised to possess blue backlit console (details here).

Interestingly, this mule continues to carry dual headlights which just look average! So, we have seen the Mojo protoype during its unveiling, Mojo mule with a single round headlamp, Mojo mule with an added headlamp assembly and this Mojo mule with covered whereabouts! These spyshots come amidst the speculation of Mahindra considering restyling the motorcycle before its launch. 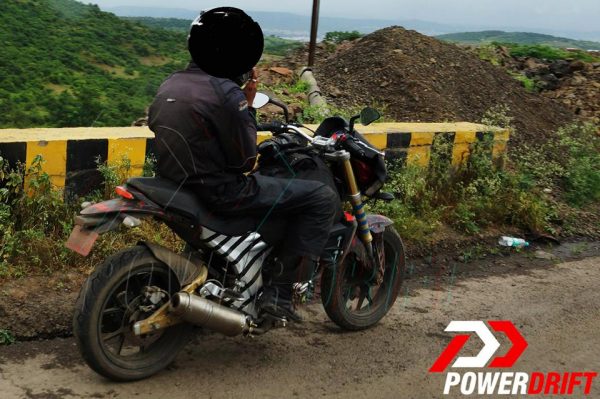 Mojo will house Mahindra’s indigeniously built 300cc motor that was rated at 26bhp & 24Nm back in 2010. It also gets Ducati Energia fuel injection along with a host of latest features. Will these specs change in the final product is not known yet. But what we are ready is for the motorcycle to hit the roads as soon as possible and at attractive price tags!