If you have been reading and waiting eagerly about the big bikes in the 250-400cc segment like the Honda cbr400, Duke 390, Pulsar 375 among others, here is one bike you just cannot afford to sideline. 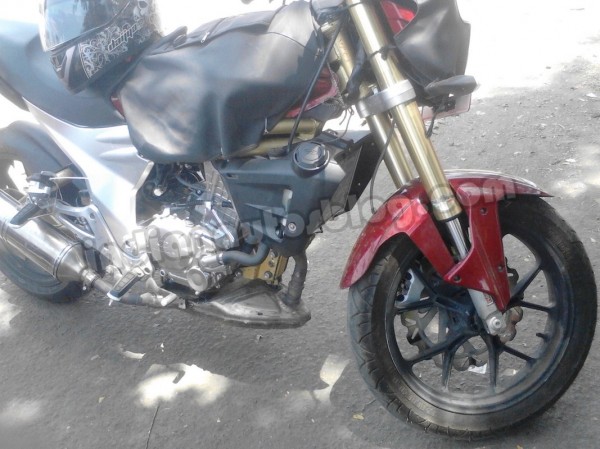 Mahindra’s Mojo is a desperate attempt from the company to catch fancy of  the premium buyers in the country which will also give them a big push of their brand name in the motorcycle market. Till now, Mahindra’s motorcycles have not really been able to lure the generic crowd of India but with Mojo, Mahindra aims to do just that.

Mahindra Mojo has been caught again in Pune by a reader of Indian Autos Blog. The bike is hidden but hey, what’s that? We notice a single circular headlamp in place of the two Mahindra has been displaying till now. We were aware of Mahindra working on a redesign of this bike and it appears here it is. 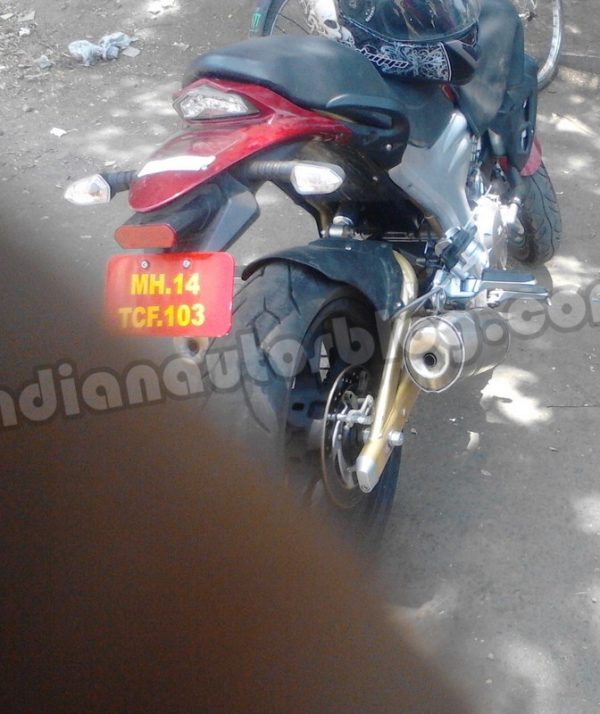 We can also sneak the chest-rib like tubes running across which we will first see on the upcoming Mahindra Centuro. The radiator appears to bulge out a little too much and we can also notice the absence of the underbelly engine cover but that appears to be just this test mule specific.

Despite people rubbing off Mojo’s plans, Mahindra always told us that the project is still alive and during the first ride of Pantero, they also told us that there are all the chances that Mojo will be launched towards the end of this year. 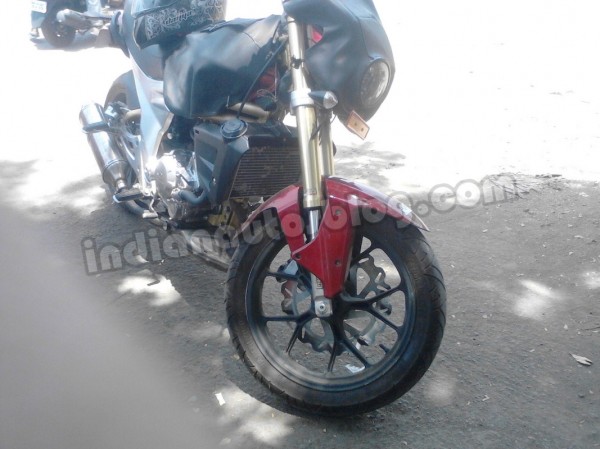 Mahindra Mojo will be powered by an in-house developed 300cc DOHC 4 valve Fuel Injected motor which will produce power output of 26bhp and a maximum torque of 24Nm. These figures are old and there are chances that Mahindra might work on them as well. So, all those who are bored of seeing the same faired, naked motorcycles, here is a manufacturer who is trying to be different. Mojo looks different and we hope Mahindra will price it aggressively. So, is this the next big thing in India?