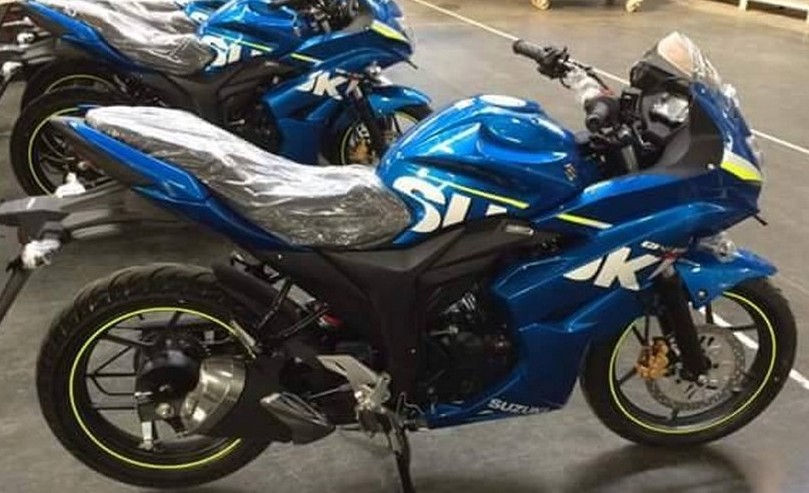 Just yesterday the internet received its first ever spy pics of the faired Gixxer, along with a speculative name – SLK! And today, we have some more pics of the motorcycle. Take a look at the following pic which has been snapped most probably at Suzuki’s plant or some storehouse and shared on Facebook. Here are a few interesting pointers we could notice and deduce… 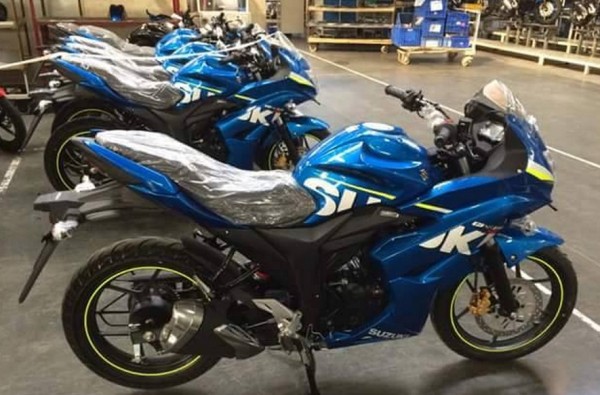 The front has a mini-Hayabusa kind of a look, the handlebars are raised and as we said earlier, the footpegs are not extremely rear-set. This reveals that Suzuki has approached the faired Gixxer GXF as a common man’s sportier-looking 150cc and not a race-bred aggressive track-focussed bike like R15, which is a gem (no doubt about it), but is not a very practical motorcycle for everyday riding. 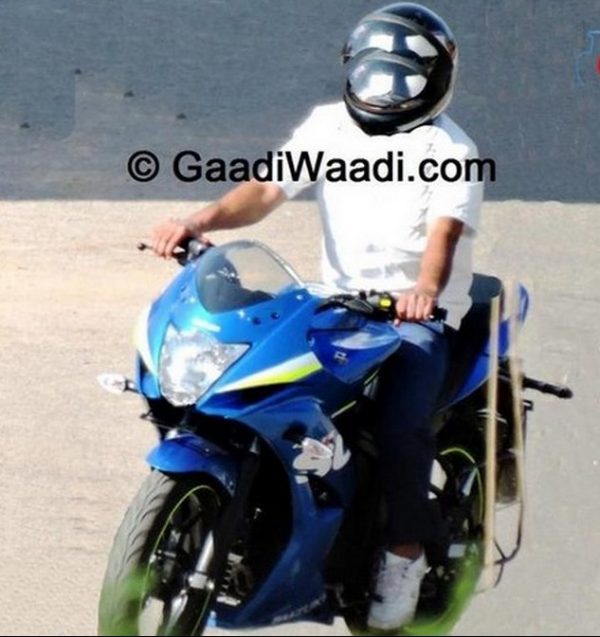 The added fairing, at least in the pics so far, appear to be a nice little snap-on and gels fairly well with the overall flowing curves. On the flip side however, we have not spotted any Gixxer GXF with a rear disc brake yet.

Suzuki has, thankfully, retained the beautiful exhaust canister and mobile phone inspired instrumentation console. The seat too remains a single unit. New pictures from Gaadiwaadi.com also reveal that the tail lamps and grab rails remain unchanged. The clearer image of the front also reveals the classic design of the upcoming motorcycle. The pseudo air intakes next to the head lamps break the monotony of the fairing, something which is also present on the side fairings. 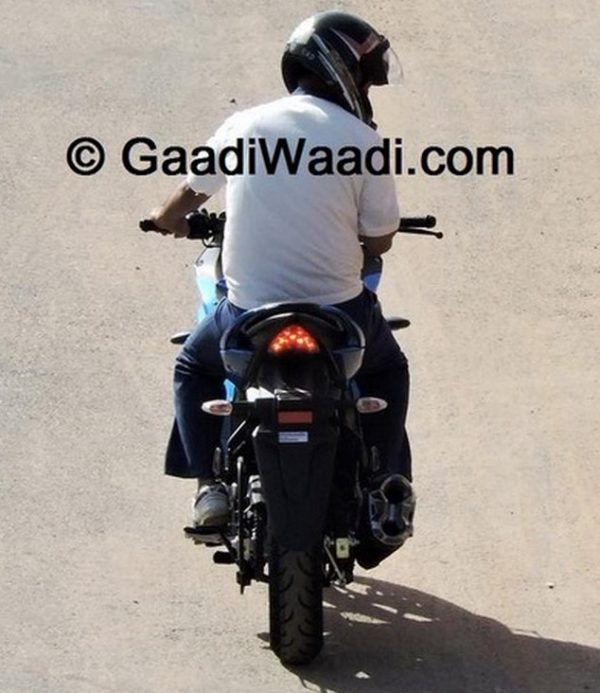 The faired Gixxer GXF does appear to be an interesting upcoming preposition and though it may not be a direct rival against R15 or CBR150R, it may hit their sales if Suzuki manages to price it well, obviously along with the traditional rivals it will have, which will include the upcoming Adventure Pulsar 150AS.