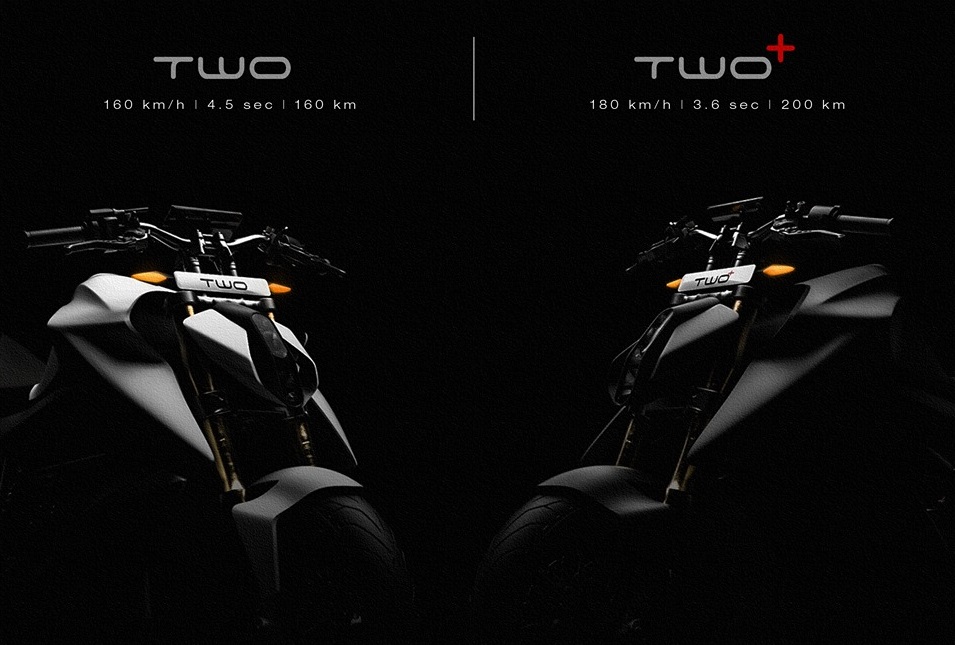 With the boom of electric automobiles in the Indian market, e-bike makers are flexing early muscles. After ‘One’ electric sportsbike, Emflux has teased its next upcoming model – ‘Two’, which was teased at its social channels. Bengaluru-based start-up had unveiled One at the 2018 Auto Expo but it is yet to be rolled out of the production lines. Next in pipeline – Two will be introduced in two variants – standard and ‘+’.

The darkened front fascia teaser reveals a very aggressive silhouette like the Emflux one. It is devoid of the fairing and wind deflector which should make the Emflux TWO marginally lighter, although wind blasts are a given at higher speeds. The flat, single-piece handlebar instead of those clip-ons (of the One) will provide more comfortable ergonomics.

The other premium hardware, such as Brembo sourced brakes, Ohlins suspension, would most likely get retained from the elder sibling. Similar to the Emflux ONE, the Two and Two+ are expected to have inverted front forks. Twin discs upfront and mono-shock at the rear with a single disc is expected to be carried over too.

Energica Says – No Immediate Plans for India But in Future ‘YES’

The base variant Emflux TWO claims to offer a top speed of 160 kph and the battery will offer a range of 160 km in single charge. Emflux TWO+, on the other hand, will have a top whack of 180 kph and an extended range of 200 km in single charge. Emflux has also mentioned the acceleration numbers as 4.5 and 3.6 seconds respectively, however, we are yet to know these are 0-100 kmph or 0-60 kmph sprint timings. Considering the acceleration figures of One (3 seconds), chances are that these are nought to 100 kph timings!

Exflux is yet to announce the launch date of these Twos but we hope to see them at the 2020 Auto Expo along with more revelations on them.