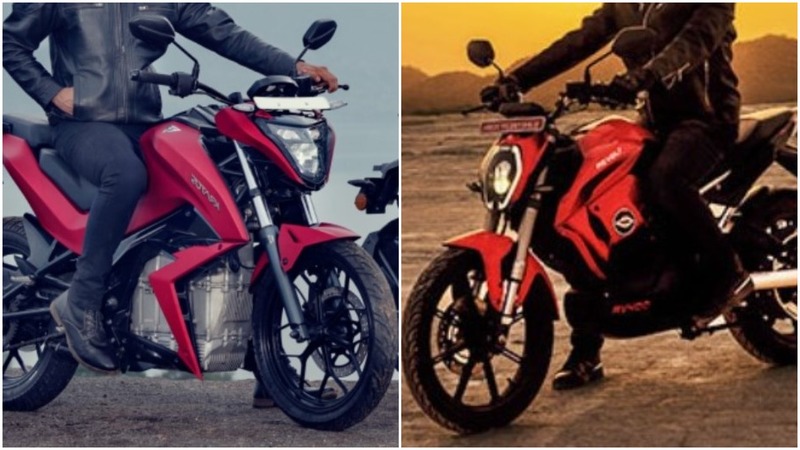 What an exciting time to be alive as a biker.

We are witnessing the genesis of the next mobility solution in the form of electric powered motorcycles and scooters which are aiming to be a greener mode of transportation along with matching and beating the performance of Internal Combustion Engine (ICE) powered counterparts.

The battery type of all the three electric bikes is Lithium-ion. The battery capacity of Kratos siblings is more than that of RV while the output voltage of RV400 is more.

The power output of Kratos R is highest among the three with 9 kW versus the 7.5 kW of Kratos and just 3 kW of RV400. However, the RV400 puts out 50 Nm of Torque compared to Kratos siblings’ 28 Nm and 38 Nm respectively.

Tork have mentioned the real-world range of both of their offerings in addition to the ideal range which they achieved under the testing conditions and have the highest range in the comparison.

Revolt have just mentioned the ideal testing range in various modes. Only the top-spec Kratos R gets fast charging capabilities among the three electric motorcycles. Overall, all the three bikes take similar time to charge to 100% SOC.

The Kratos R has the highest top-speed among the three with 105 km/h claimed. The acceleration to 40 km/h of Kratos R is also the highest with no information given about RV400’s acceleration.

The RV400 has the best ground clearance of the three with 215 mm. The carrying capacity of all three electric bikes is very similar while we only know the wheelbase of RV400 in this comparison. As of now no further information is provided by the manufacturers.

The basic feature-list is very similar on all three electric bikes. All three bikes get Combined Braking System (CBS) which distributes the braking force between the front and rear wheels to enhance safety and braking ability. The complete lighting system of all three is LED along with inclusion of digital instrumentation as standard.

The prices mentioned here are the ex-showroom prices of Pune, Maharashtra.

All these electric motorcycles are eligible for FAME II subsidy along with their respective state subsidy which will bring their prices way down and will make them a lot more affordable.