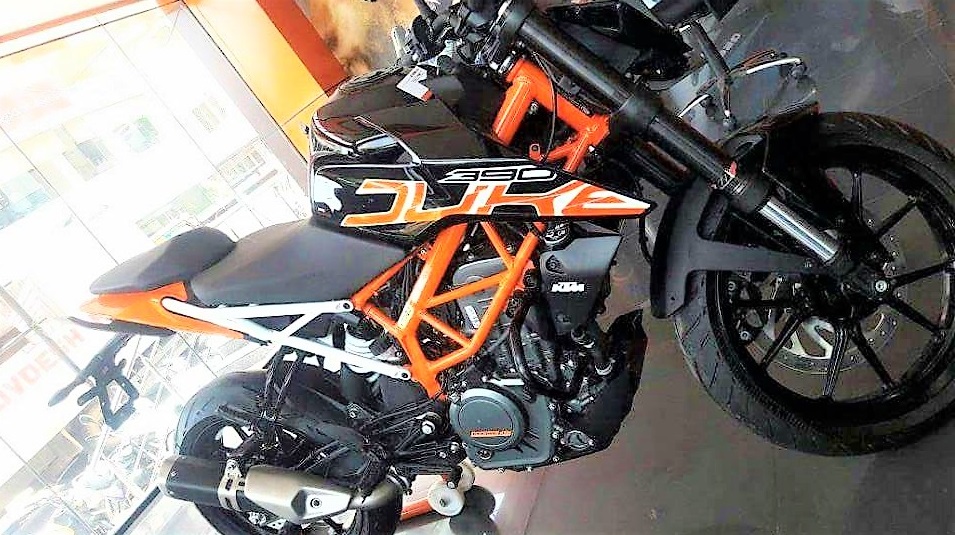 The 2017 Duke 390 was launched in India in February this year. It is available only in the trademark orange colour here but there is another white colour on offer, officially, which is exported and sold in some international markets.

Interestingly, a social media channel at Facebook, Bikeholic, has shared pics of a new black colour of a spanking new Duke 390 and it is said that this motorcycle was spotted at some Bangalore dealership. At this point, it is not known if this is a dealership level custom colour or an after market job done by some customer or whether it is an official new third colour in the palette. 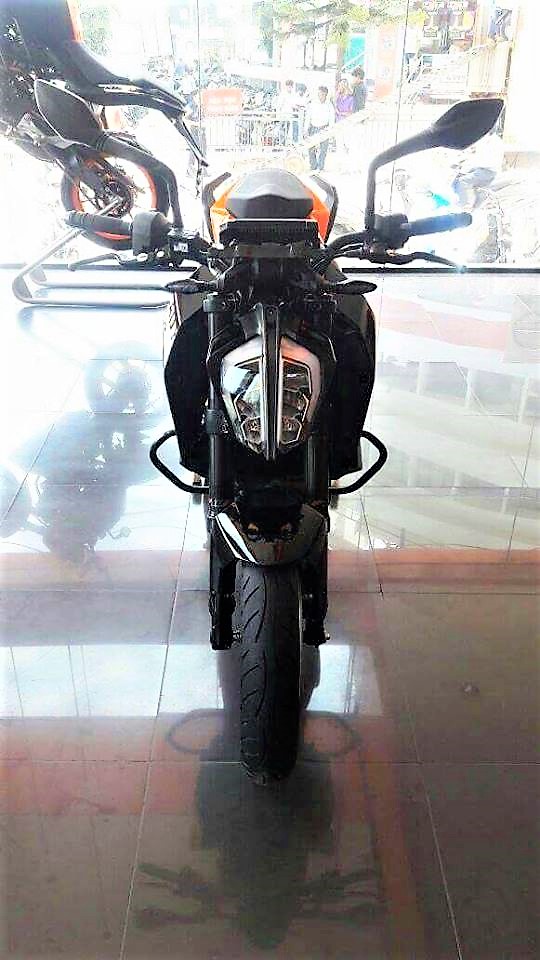 It must be noted that the colour theme is different from the rest of the two colours. The tank, instead of being dual painted is coloured metallic black, with Duke 390 logos. The white background of the decal creates a little confusion because it appears to be the same decal used on the white coloured Duke. For Duke 390 black, KTM may give it (decal) a proper transparent/black background with the ‘390’ written in a brighter (probably white) colour. 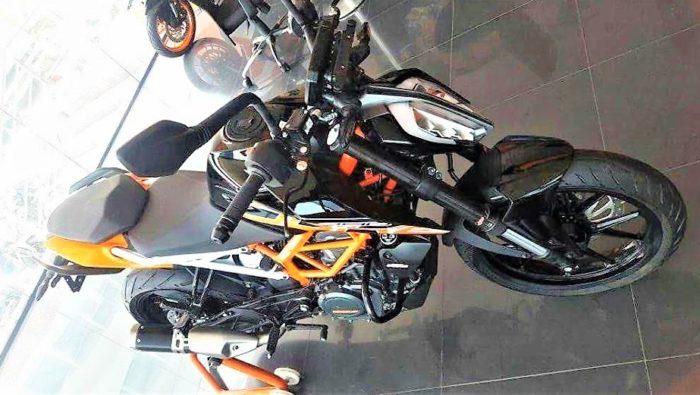 The frame is orange and the extended sub-frame is white in colour which goes according to the theme of the existing colours. The rear cowl is orange whereas the front mudguard is all black. The rims, instead of being orange, are black in colour.

If you are from Bangalore and have any clue regarding this new colour, do let us know about it. Meanwhile, we are also trying to connect with KTM to understand their official stand on this.