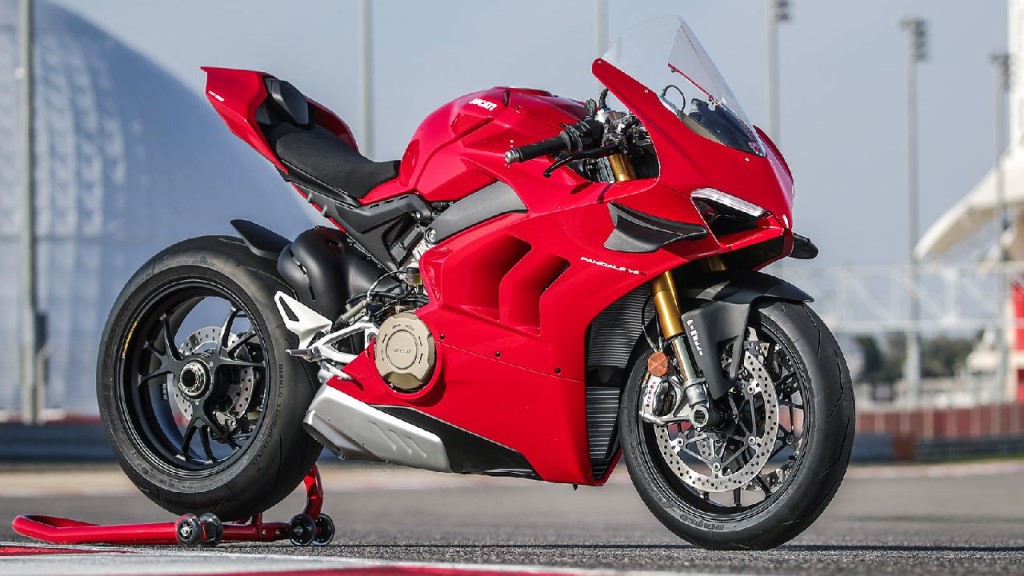 Ducati has very recently launched the BS6 variant of its supersport bikes the Panigale V4 and V4S in India. The Panigale duo looks similar but the S version does come with few specialties that makes it premium than its other sibling. In this write-up, we are putting up the basic spec differences between these two variants.

Both Ducati Panigale V4 and V4S deliver the same power and have a similar design but there are a few important differences in their spec sheet.

Suspension: The Panigale V4 gets its front suspension unit from Showa BPF and on the rear, it has a mono-shock absorber from Sachs. The Panigale V4S gets both of its front and rear suspensions from Ohlins. These are electronically adjustable.

Cosmetics: Two noticeable differences lie in the cosmetics of the bike. On Panigale V4 you get a red mudguard on the front wheel while on the V4S it is in black finish.

Along with that, the V4S comes with a Lithium-ion battery and racing-style handgrips and other such stuff which the entry level V4 lacks.

Most of these differences will be more feelable when you take these motorcycles on the track. The lighter V4S, along with superior suspension, will make it a slightly better bike to be on.

That aside, both these machines have exemplary craftsmanship to offer. And they look typical Italian, typical beauties!!!