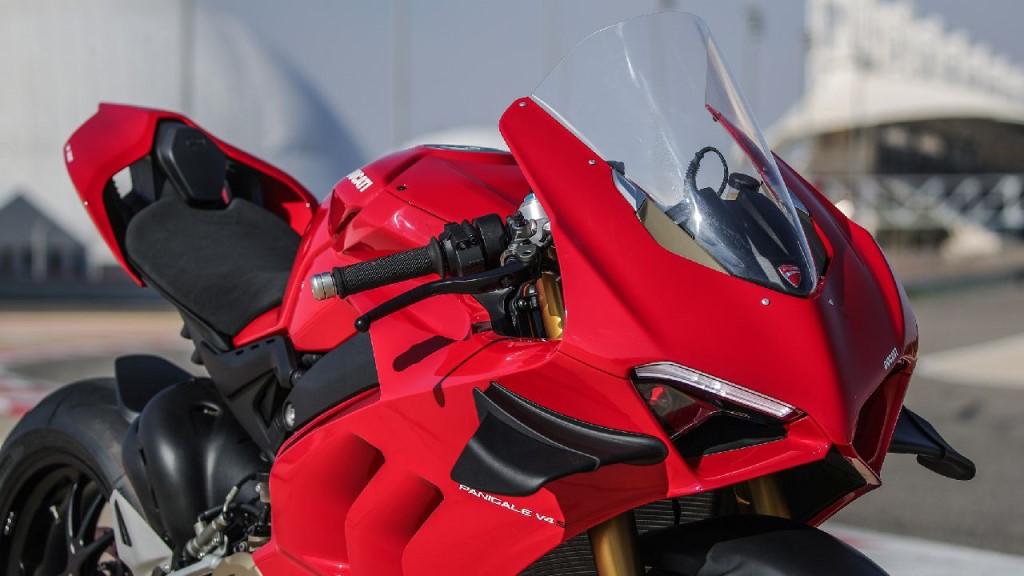 2021 Panigale V4 price hike ranges from Rs 80,000 to Rs 2 Lakh in this transition. We discuss both the Italians and what they offer…

Its sibling the V4S BS6 has been priced at INR 28.40 lakh (ex-showroom) which means there has been a big hike of almost INR 2 lakhs over its predecessor. At this pricing, the Panigale V4 cousins are going to butt cowls with the BMW S1000 RR (Sports and Pro models).

This track-oriented superbike packs an 1103 cc Desmosedici Stradale V4 engine fusing it up with a 6-speed gearbox that supports a quick shifter for faster and effortless gear changing without deploying the clutch. This usually comes in handy while blazing through the track.

The Ducati superbike delivers a massive 211 bhp of power at 13000 RPM and a torque of 124 Nm at 9500 RPM. The switch to Bharat Stage 6 compliance does not affect the power output of the motorcycle.

Though there are various superbikes in this segment what makes the Ducati Panigale V4 a lethal track machine is its sharp design.

The V4 comes with winglets and gills on the side fairings. That is supposed to help balance the superbike when it is flying around at 250km/h of speed. Even the tail of the bike is carved carefully as a part of the edgy aerodynamic design.

Winglets work in a principle similar to that of airplane wings. When the speed increases they create downforce that increase the speed of the bike while maintaining its stability. Even during high-speed braking such as corners on the track, winglets do help up to some extent to avert rear-wheel lifting.

Winglets depend upon speed and by speed, I mean a figure around or above 200km/h. These winglets show their magic at that speed.

The Panigale V4S gets an Ohlins suspension unit with electronic adjustment and steering damper. It’s sibling Panigale V4 packs a Sachs shock absorber that is fully adjustable along with its native steering damper. The forks in the front come from Showa Big Piston.

The front-wheel offers 330mm braking calipers from Brembo followed by a disc brake unit of 245mm at the rear wheel.