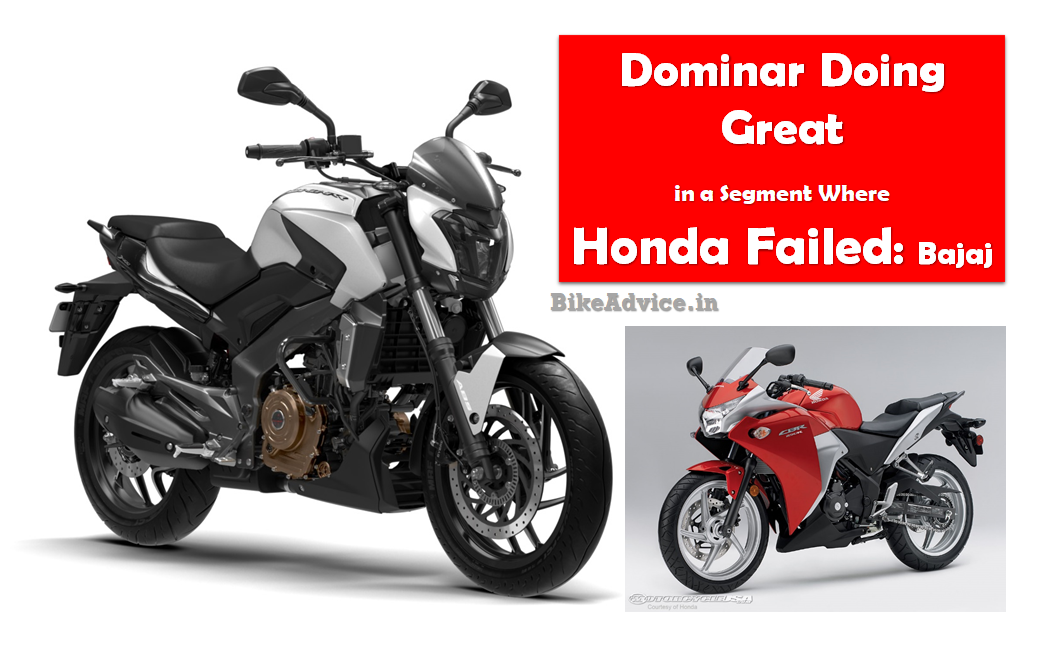 Rajiv Bajaj, the head of Bajaj Auto, is known as an outspoken but a very smart businessmen. At the launch of Dominar 400, Bajaj was upbeat and said that they are targeting average 10,000 units of the motorcycle per month and added silently, ‘in a year’s time’.

For some reasons, eventual sales of the motorcycle are far from the target and Livemint asked him about his views on the same.

Rajiv Bajaj said that it is still time for Dominar to complete one year – we have four months to go (it was launched in December 2016). From the current 3000-4000 per month, he said, they will be able to do 6000-7000 units soon. He targeted rivals and said that they are playing in a segment where Honda failed, TVS has not entered (but is about to with Apache 310) and defended himself by saying Royal Enfield has a huge headstart over them.

He added that with these figures (of 6000-7000 units), they will be doing great and would have caught up with Royal Enfield’s 45 years of heritage/history in one year considering that they (RE) were doing these numbers five years back.

Now, with respect to Honda, Bajaj was directly talking about the CBR twins, both of which were offered in this segment of Rs 1 Lakh to 2 Lakh but are now discontinued. Even if we add up both their numbers, they will not sum up to Dominars. So, in that sense Rajiv Bajaj is not wrong in announcing Honda as a sales dud in this price segment (though calling it a failure is not correct). But Dominar, along with its sales, has to hold up its value with time to prove a point otherwise we have seen their motorcycles tapering off few months/years after launch.

Rajiv Bajaj also revealed that it will be the first time they will be exporting a motorcycle to so many European countries in volumes. He also shared names of a few countries where Dominar will be exported to – Poland, UK, Czech, Spain and Australia.

Also Read: This Will be the First Sign of Triumph-Bajaj’s First Motorcycle Launch…

Bajaj has announced that they have lined up more models in the Dominar range so it will be interesting to see how it inches closer to its newfound arch-rival Royal Enfield.