Bajaj is not launching the Dominar 400 adventure? Here…somebody has already done it…!

Dominar 400, a motorcycle which offers the maximum specs for its money, has quite naturally become the choice of bikers for modifications. But we are sharing today is probably the simplest and the best modification done to the sports tourer.

Pictured on this page is Dominar 400 adventure customised by Ground Designs of Pune. The motorcycle in black colour gets the following changes.. 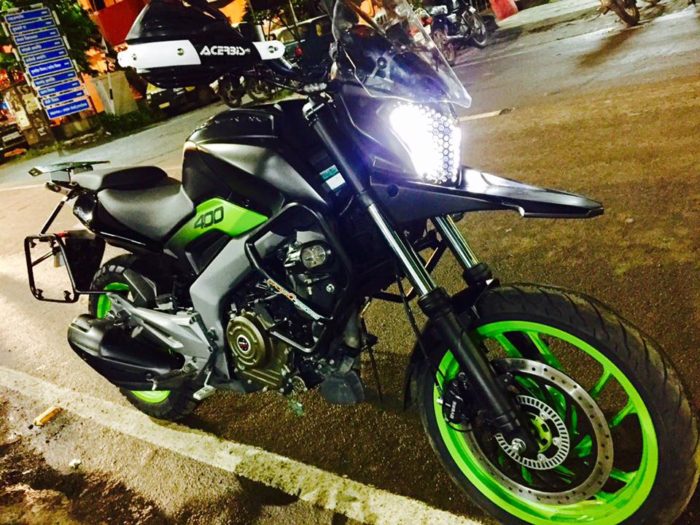 According to the conversation at the official page, Ground Designs say that they will add few more things like pannier box, engine cover in some days. Once all the mods are complete, the team will also share the prices.

What we liked about this mod is that there is nothing which is non-functional and just added for the looks (bulk) of it. Its a simple, light mod to turn your sports cruiser into an adventure machine.

On the official front, in July 2017 Rajiv Bajaj announced that they will launch a new motorcycle in the Dominar range within five months. Here are more details on that.