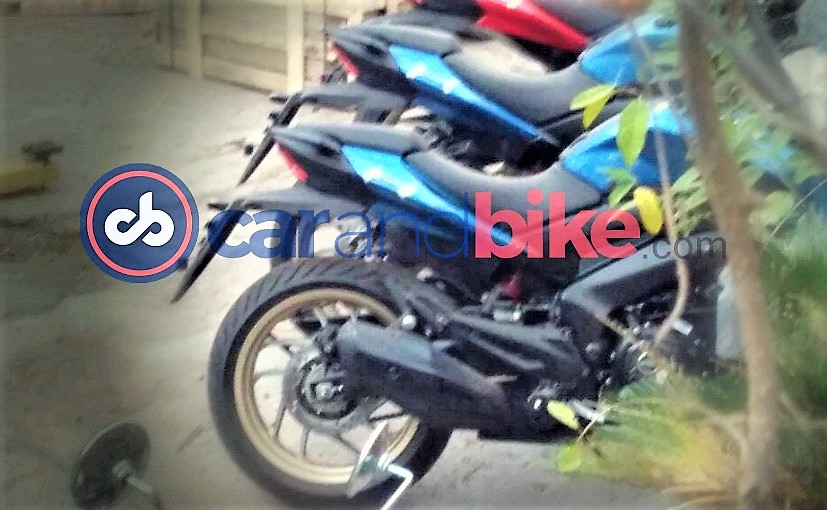 In an anticipated move, Bajaj introduced a new colour to Dominar 400’s palette which was called as the Matte Black edition. Contrary to what the terminology may have you believe, it has been the regular colour in the range. Apart from that a new ‘Racing Red’ colour was spotted very recently.

Dominar 400 was initially launched in three colours – Moon White, Midnight Blue and Twilight Plum. Lack of good colour choices was probably the only drawback of the motorcycle. Out of these, majority of the Dominars you will see on the roads or in pictures are white, followed by the blue colour (and now in black as well).

Though we do not have any figures in hand but the plum colour was the least accepted and in fact when enquired, one dealership in Bhopal told us that Bajaj is not shipping the plum colour to them. 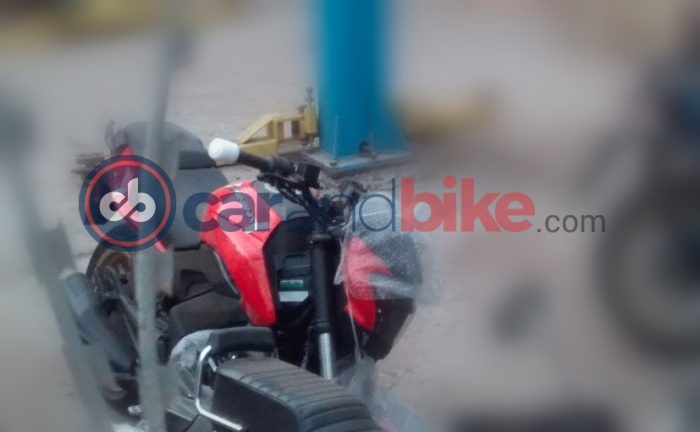 After the 2018 Dominar 400 was spotted in refreshed matte black colour few days back, Gaurav Pathare has shared pics of his new 2018 Dominar 400 Matte Black which carries golden coloured alloys (instead of the regular black). We also notice that the crankcase cover has been blackened on this new version (it was golden coloured in the older model). 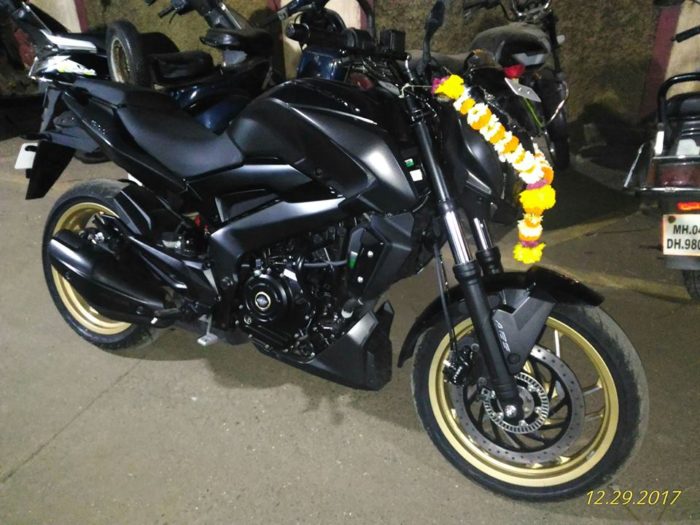 In another update, NDTV has spotted the motorcycle in a new Bright blue colour, which reminds us a wee bit of the Suzuki’s Gixxer shade. And then there is the new Racing red colour which we already know about. 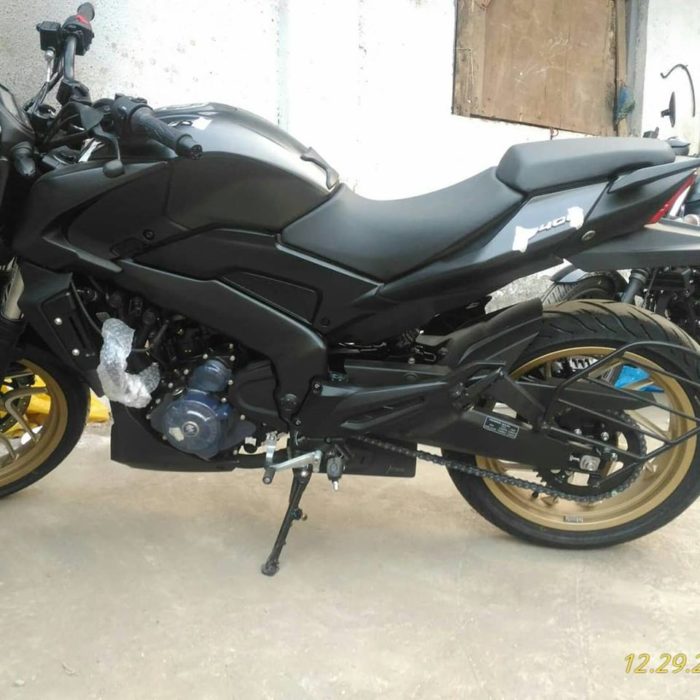 The tyres continue to be MRF Revs C1 & FC1 and these pics confirm that the new colours have started reaching dealerships and are already on sale, in some cities at least. If there are any other changes or feature additions, we will come to know about them when Bajaj officially announces the launch of these motorcycles.

You can check out more pics of the new Racing Red colour here.

All the specifications of the motorcycle are expected to remain unchanged. Dominar 400 is currently retailed at Rs 1,42,108 for disc and Rs 1,56,270 for ABS variants ex-showroom.