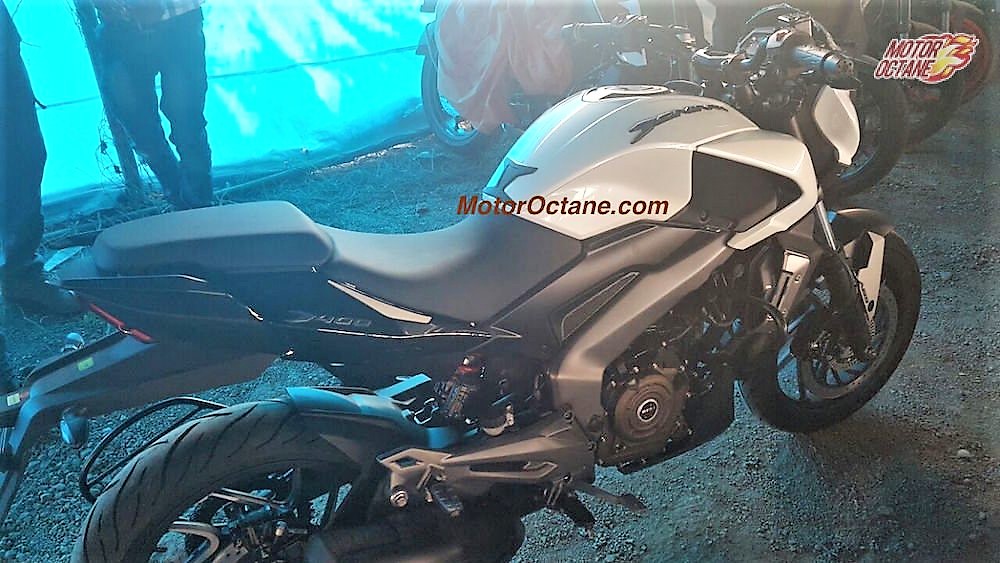 So three days from now, Bajaj may just re-write history with the launch of Dominar 400 – the most powerful motorcycle by them. And it appears that Dominar has already started reaching dealerships.

Motor Octane has shared pics of a white coloured Dominar from what appears as a dealer yard. This new spotting, apart from showcasing the Dominar branding on the motorcycle for the first time, reveals the following bits..

The instrument cluster over the headlamp is blue-backlit and features an upswept tachometer, speedometer, odometer, clock, fuel gauge along with other tell-tale lights. The one mounted on the tank gets ABS indicator, side-stand indicator etc.

Dominar will sport the 373.2 cc liquid-cooled 4 valve engine of the Duke 390 but will come with Bajaj’s trademark triple spark technology. Power and torque output are not confirmed yet, but we expect them to be around 35 PS and 30 Nm respectively. 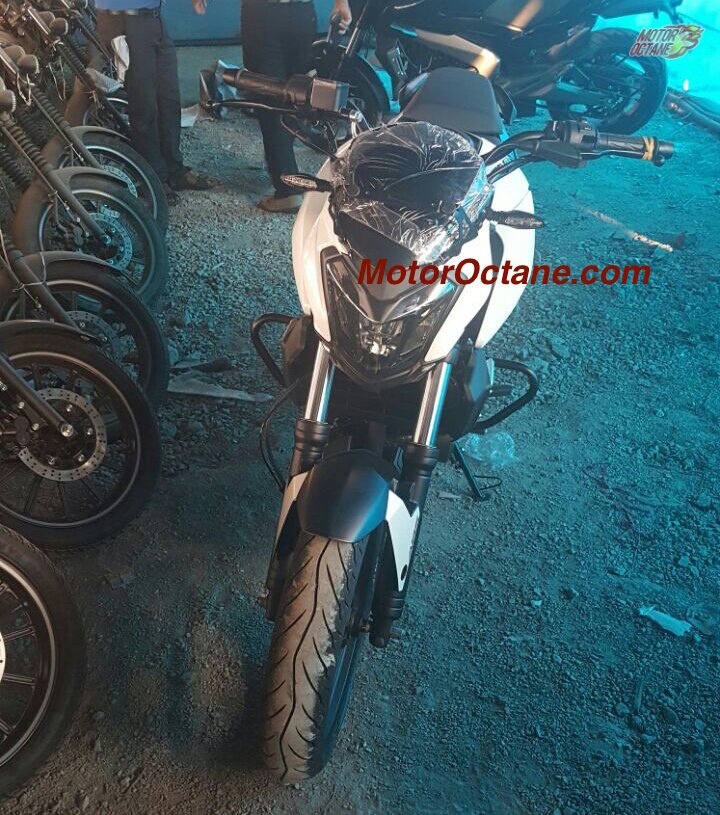 Unlike the instant-burst of power of the Duke 390, we hope that Dominar comes with a more sedate power delivery for that relaxed ride, essential for a sports cruiser.

We stand by our prediction. According to our estimate, Dominar is expected to be priced between 1.55 to 1.65 Lakh ex-showroom Delhi. How did we arrive at this price band? Read here. If this goes true, it will be the most VFM motorcycle ever launched in India. 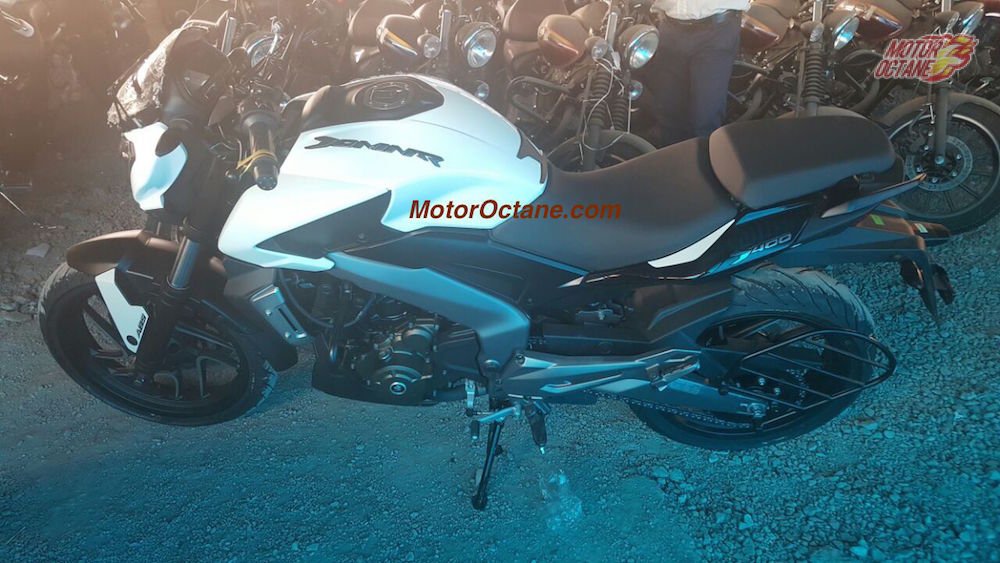 Bajaj has also sent out media invitations and Dominar will be launched on 15th of December in Delhi. This also means that its media ride will take place after the official launch (and price announcement).

Before we wrap up – let us seek your view on Dominar’s brand name. Do vote