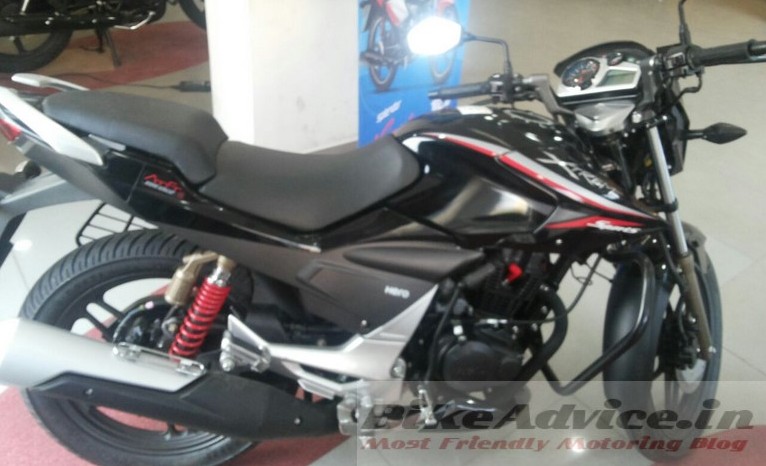 Yes, this one is so strange that we had to call our resident detective and send him to investigate. What he finds out though continues to puzzle us even more. Hero MotoCorp, showcased the Xtreme Sports for the first time in January last year, only to forget about it later! In July, Hero woke up to announce its launch within 6 weeks but that didn’t happen. 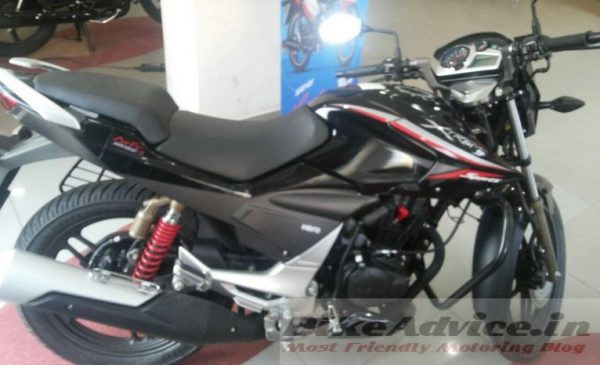 Between all this there were a lot of spottings and reports which even claimed and shared price details of the new motorcycle. Many months later in February this year the bike was updated to their list of products on their official website with little changes in the specifications as compared to the ones shared during unveiling.

All ingredients were ripe and everyone expected an official launch announcement from Hero, however (this is a big however), there is still confusion if the motorcycle has been launched or not! Today, our very own version of Sherlock sent us these pictures of the bike from a Hero dealership which are inserted here. 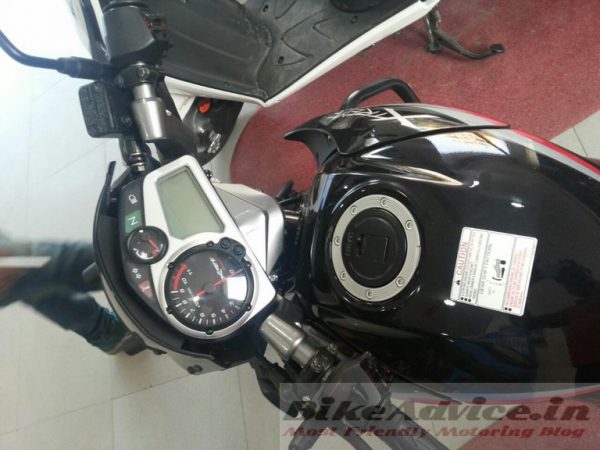 While it seems that Hero Xtreme Sports has finally started reaching dealerships (you must have read this multiple times!), there is more to the story. The dealer has no clue about the pricing and says that they have not been given any figure by the company yet. On being asked – when can we expect a price quote, we were given the standard answer – in one or two weeks. 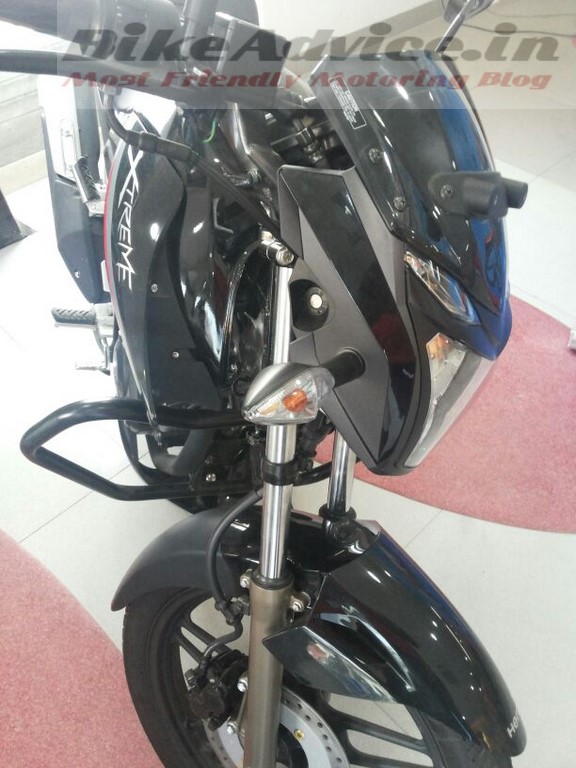 Yes, the keyhole, for some heavenly reasons, continues its awkward position

The scene is not really rosy for Hero in anything over the 125cc segment. They have been struggling in the 200cc segment and are almost out of the game in the 150cc segment, and feature as the lowest sellers here despite the presence of 4 motorcycles (5, if we include the Xtreme Sports).

Just to give you a perspective, compared to the whooping 64.31 lakh two-wheelers they sold in the financial year 2014-15, the 150cc segment constituted for only 99,961 units which is barely 1.5% of their total sales! We are not sure how much will the more powerful Xtreme add up to the tally! 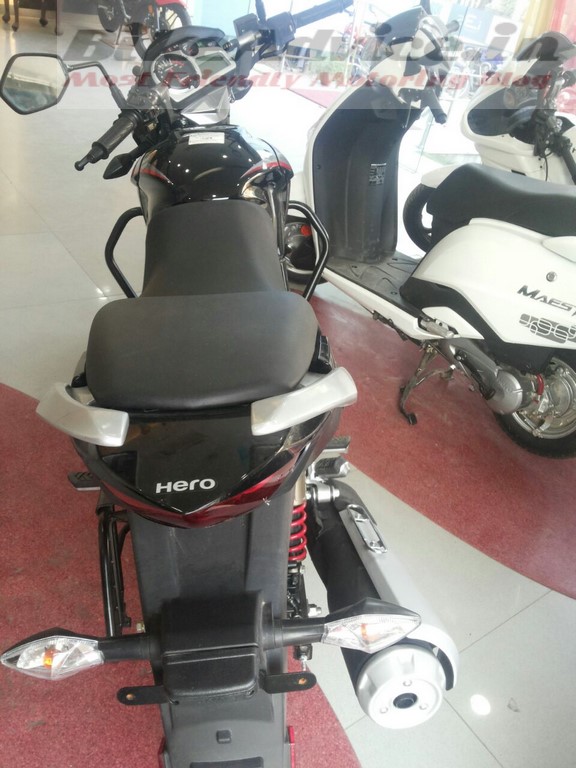 We also have the brochure of the motorcycle and let us list the key specs, irrespective of when Hero decides to officially launch it up!

Also Read: FLOP! Karizma Sells ONLY 10 Units in March, Lesser Than Even Z250 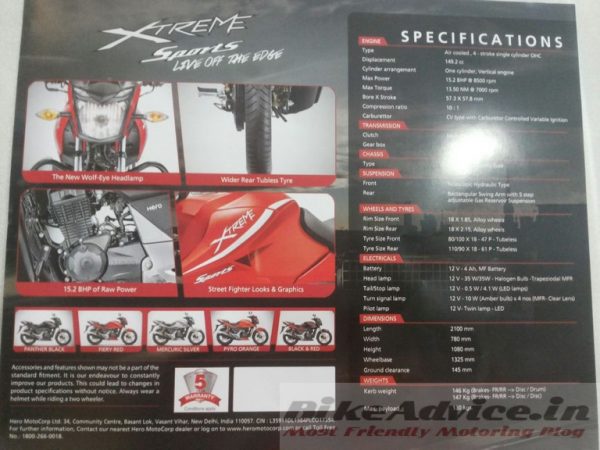 The bike will be available in the following 5 colours:

So, will you buy the new Hero Xtreme Sports over Gixxer, SF, FZ, Pulsar 150AS and others?