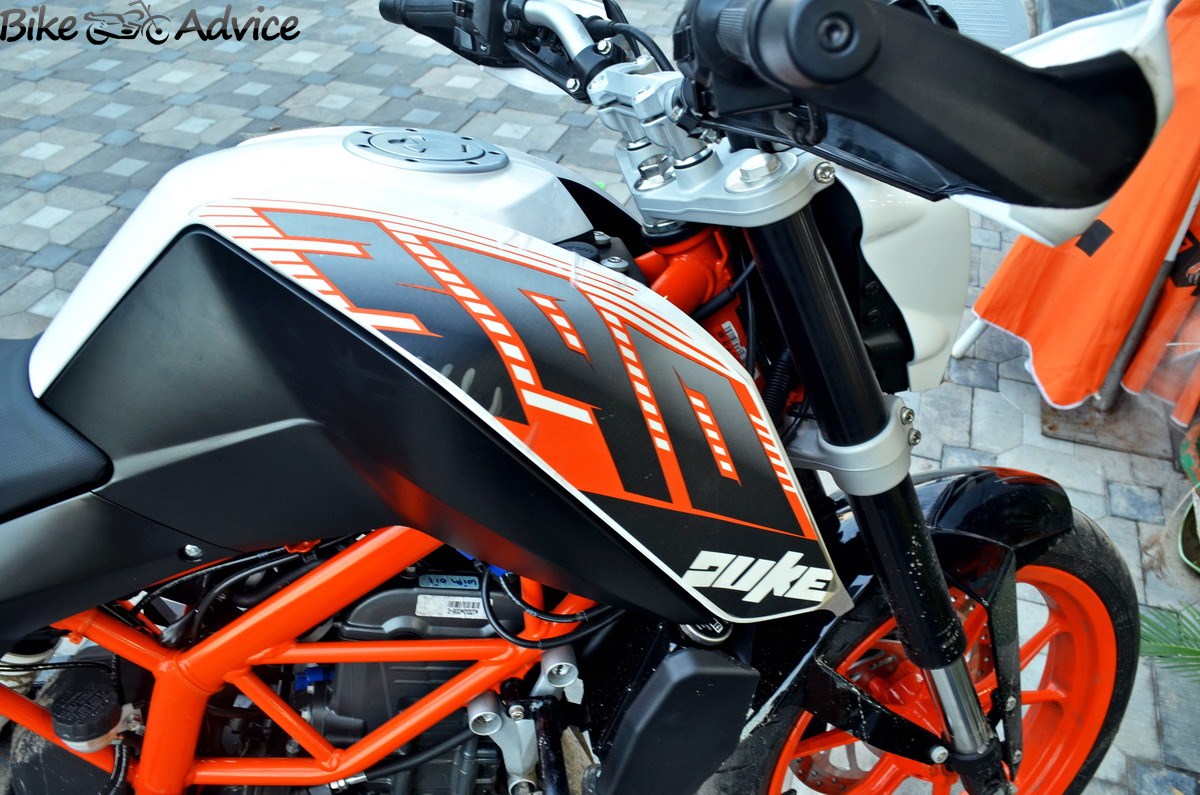 Let’s start this article with a question: Will you buy a new naked superbike at exactly 50% off? 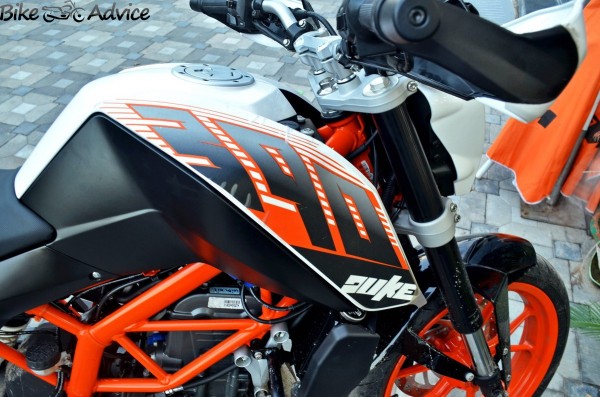 Very recently KTM India has launched the Duke 390 in India. As I write this article a lot of people have already booked the bike and a lot of others are caught up in a dilemma. Some people are debating and comparing this bike with the Ninja 300. Some people are thinking whether to go for the RC 390, which is slated to launch next year.

I think enough has been said about the performance of this machine. Internationally this bike is placed in between the Ninja 300 and the Honda CB 500F (Naked version of the CBR 500R). The bike is closer to the performance of the CB 500F as though less in power it is also about 30 kg lighter, making it more agile and giving it the commendable power to weight ratio of 300 BHP/ ton. 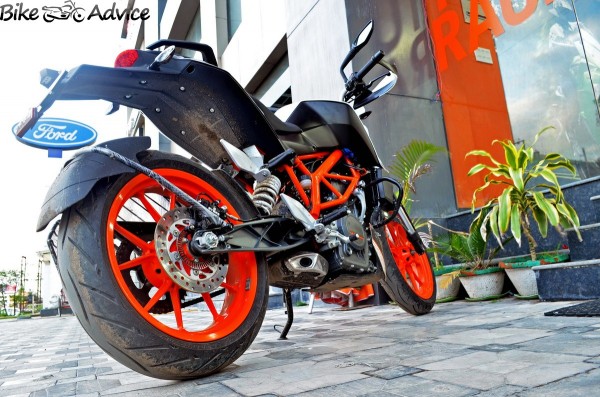 Only in Top speed the CB 500F should beat the Duke. Now it is a known fact the CB 400F is on it’s way to India next year. A re-bored job of the 500F, this bike will have lesser power and the same extra bulk of 30kg, making it less of a performer. In my opinion the looks are also more commuter like in the CB 400F and doesn’t have the cutting edge design of the Duke. But I will let you decide that.

But performance wise, if you are a naked street fighter lover, there is nothing better coming your way. The Honda when it comes should be costlier and I think Honda India might want to consider bringing CB500F to compete with the Duke in the Indian market.

But the reason I write today is not to give you all these clichéd information which you probably get through all the sources anyways. I write only to give you one amazing fact about the Duke that all other bike information sites, seem to have overlooked. There was an article only on BikeAdvice highlighting the price of Duke in Singapore (Read Here). 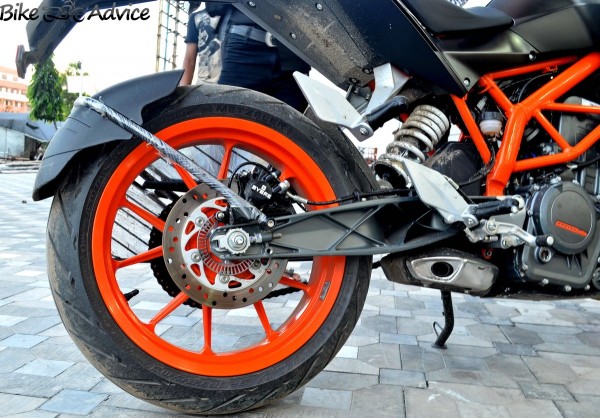 *People in the US are expecting it to be placed very close to the Ninja 300, slightly less than the Ninja or very close to it. Here is one such forum of Ninja 300 forums where they have discussed it:

In the above table lets’ take the UK and India markets. In UK the Ninja is the costliest, at around Rupees 4, 34,013. It is only marginally over the Honda by 13.5 K and from the KTM only about 27K. 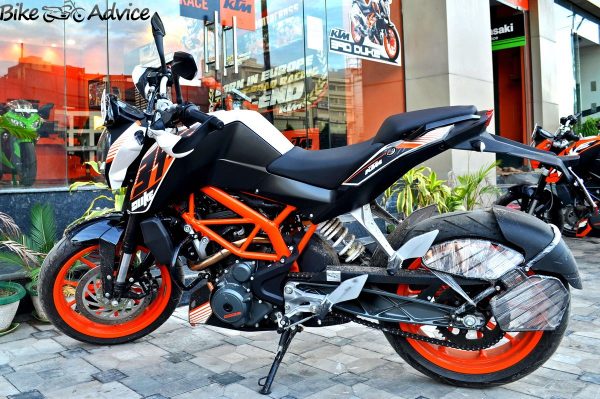 Now we look back to India. Here the KTM has an unfair advantage. The price difference here is a staggering 170 K (that is 1, 70,000). If you go on to compare the on road prices they are just half. The 390 being offered in most places at Rupees 2 lakhs and the Ninja at 4 lakhs. So by performance the Duke was always ahead by price it is just half! If you look at all the international pricing this difference almost seems unbelievable, especially to us unfortunate Indians who have always had to pay 60- 110% import duties to own European or Japanese bikes!

So this article is not a gimmick you really are getting a world class bike at 50% discount. Now you will start thinking that this bike will have poor quality and it’s made for India. But it’s not! Let’s break down the secret of the pricing: 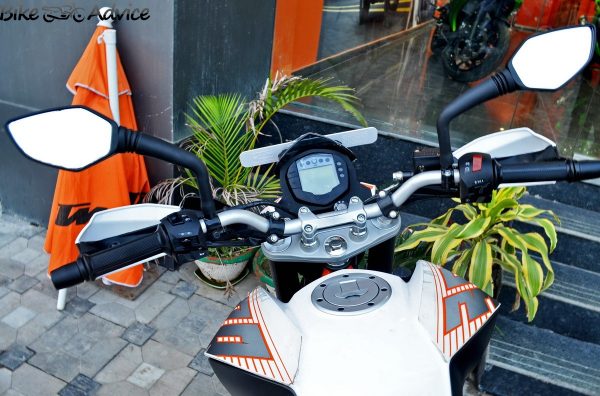 All these factors combined have given us the 390 at ‘shocker of a price’ of 1.8 lakhs (ex-showroom).

So now that I have proven my point the only question is, are you going to get the 390 Duke? 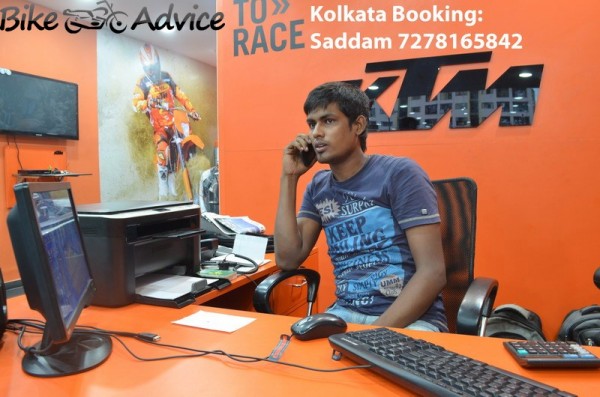 Well looks like you are not moving…. well let me prod you a bit further.

Here is part of my test drive of the 390 in full HD video. Notice the insane acceleration at 1:05 of the video when the 390 just zooms away and the Duke 200 (cameraman on board) is just left behind.