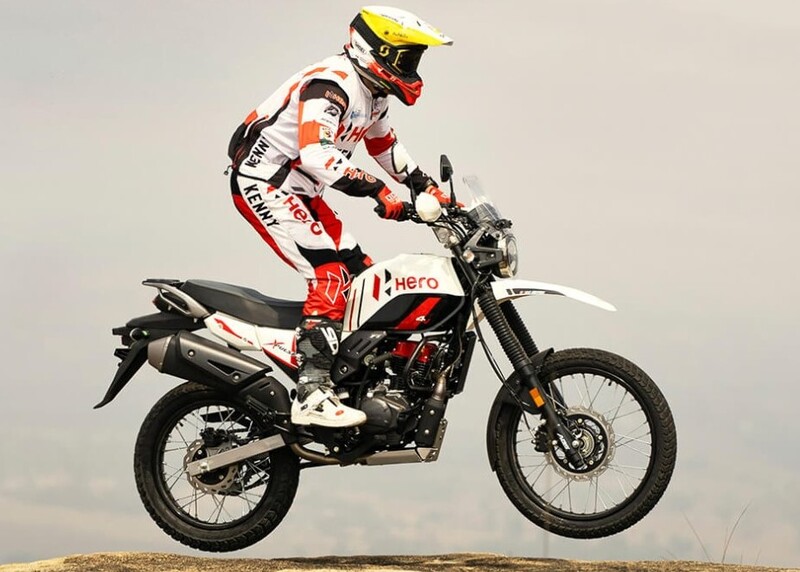 Hero Xpulse 200 4V Rally Edition sale will start from 22nd July, only for 8 days and Will only be available through online purchase…

So, after building up a modest hype through the launch of ‘Dirt Biking Challenge Hunt’ in the presence of Indian Rally Champion and the only Dakar Rally participant from our country, C.S. Santosh, and launching the long-awaited ‘Rally Kit’ for their Xpulse 200 4V, Hero have launched their most capable off-roader in India, in a special edition.

Hero MotoCorp have introduced the most off-road capable version of their Xpulse 200 4V ADV which is called as Xpulse 200 4V Rally Edition.

The Rally Edition is being offered in only 1 paint scheme  – White with Rally Code graphics – and bears the autograph of Indian Rally Champion & only Indian Dakar Rally entrant C.S. Santosh, on the fuel tank.

Aldo read: What Is Honda Revealing on August 8??

The new more off-road capable Rally Edition is equipped with all the components Hero released with the optional Rally Kit a few days back. This highly improves the terrain tackling capabilities of the standard bike by increasing the ground clearance, equipping it with long-travel suspension, fitting more off-road-centric tyres etc.

However, missing out from the Rally Edition is the new flatter seat which is otherwise offered on the Rally Kit sold separately. These additions facilitate better maneuverability & control while tackling the challenges of the terrain.

Also missing out are the new Maxxis tyres, which again are only offered on the Rally Kit.  These new tyres come with aggressive off-road-centric block-pattern rubber to provide a better grip & tractability in the off-road environment.

Since the rally Edition is components added to the standard model, the rest of the bike remains untouched as its standard form.

The frame around which the bike is built and the 19” front & 18” rear tyre combination remains the same. The braking system consisting of a 276 mm front disc combined with a 220 mm rear disc system aided by a single-channel ABS system, remains unaltered as well.

With this introduction, Hero has made the Xpulse even more capable and this should translate into a lot of fun, specially for all those who love off-roads!