In order to be competitive, Yamaha is cross-working with different subsidiaries to keep the cost advantage. First, they lifted the Fazer 250’s engine from Brazil and launched it in India in two motorcycles – FZ 25 and Fazer 25. Now that both of them have settled here, Yamaha Brazil has taken the design of the Indian FZ and launched it there as a 2018 model Fazer.

Yamaha has been selling a naked bike named Fazer 250 in Brazil since the last decade or so, also pictured on this page. After seven odd years they have introduced a new (third) generation model which carries over the design of the Indian model which was launched here earlier this year. 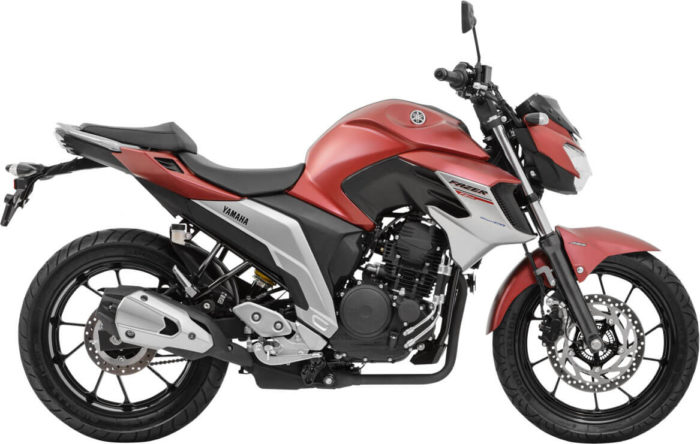 But the biggest bit of the story is this – Like India, Yamaha did NOT offer ABS in the older Fazer even as option. However, this new 2018 version comes with standard ABS (yes, standard!). On the other hand, in India, Yamaha has directly hinted that they have no plans to offer ABS on either FZ 25 or the Fazer 25; they will consider adding the must-have safety tech only when it becomes mandatory (in 2019)! Read more details here.