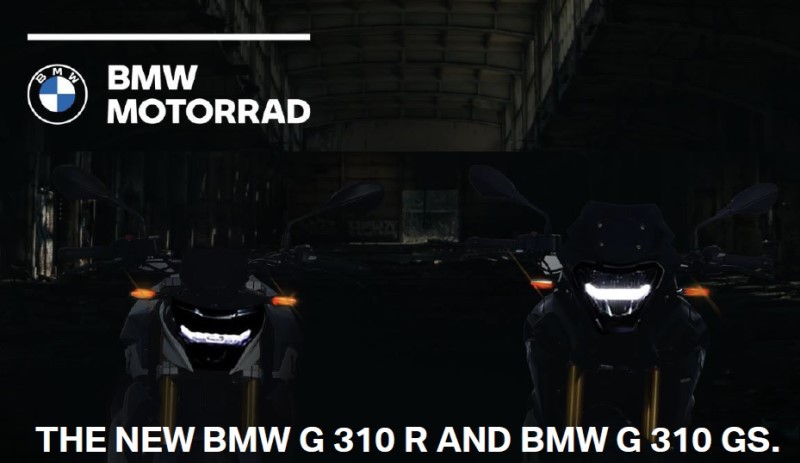 BMW G310 BS6 launch date is just next week and it will be an online event. Apart from upgraded engine, the 310s will also get cosmetic updates…

BMW has announced the launch date of its most affordable G310 R and G310 GS models in India. The sub-500cc motorcycles will be officially introduced here on the 8th of October – one day after Suzuki’s event (which is also expected to be a new launch).

This comes one month after it opened bookings of its models in the market. The German brand has also announced affordable finance options for its 310s – this includes an EMI of just Rs 4500 under its Bullet Plan. In comparison, KTM promotes its Rs 6999 EMI plan the most for the 390 Adventure.

Prominent changes that we know at this point of time are – LED headlamps and contrast red colored frames. There will be new shades on offer, for sure.

Other than that, both the models will continue with the same 313cc single cylinder engine. What changes will it get in terms of tuning are not known at this point.

Looks like, BMW is eyeing higher sales from its updated range and there are rumors that the new, upcoming G310 R and G310 GS may come at better value prepositions. Its direct sibling – the Apache RR310 has already received the BS6 update and you can check out the biggest changes in the following video…