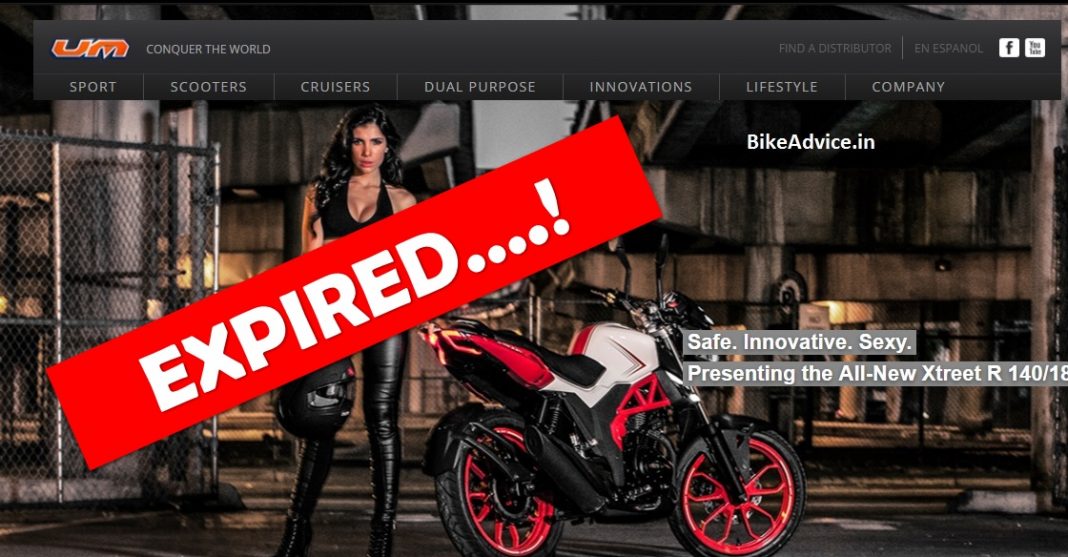 Update: After we tagged their social channels through this report, it appears that UM took notice and reinstated their global website which is now working properly…

This could be one of the biggest misses from United Motorcycles, the American motorcycle manufacturer, which recently set foot in India with local partner Lohia group. Their domain name of the global website UMGlobal.com has expired and they have forgotten to renew the same, according to the message that is being flashed.

Now, you would not see this very often considering the professionalism which is expected out of these manufacturers. According to the redirected page, we are informed that the domain name UMGlobal.com expired on the 5th of this month and is now either waiting for renewal or if it doesn’t get renewed in the stipulated time, it may even be deleted and put up for sale, so people like you and I can go ahead and buy it up.

The biggest surprise is that it has been six days since its expiry and nobody from their IT department has noticed it yet? Generally domain name renewal only requires a few clicks and the payment and so it is really unexplainable as to how can they miss this! According to few online tools, the website had traces at least till 20th December 2016.

UM in India has very recently announced price hike on their motorcycles and have launched a very impressive FREE Roadside Assistance Program. They have plans to launch the new Classic cruiser with FI and ABS soon.