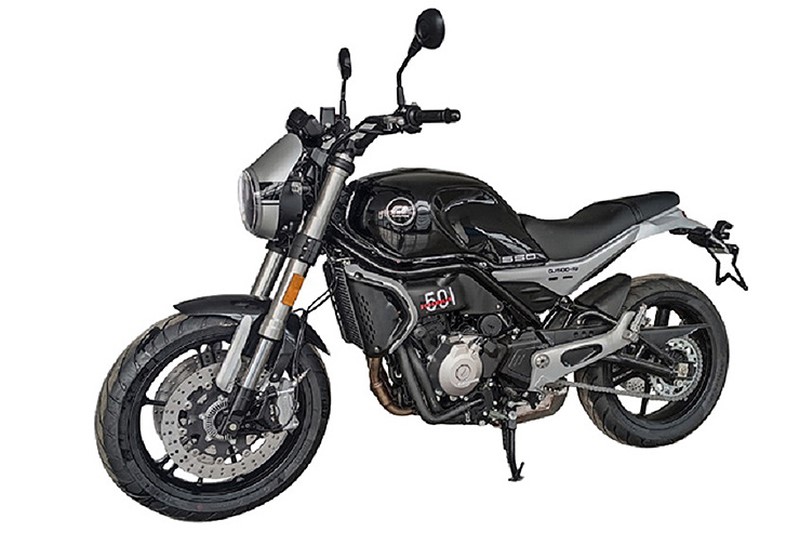 Qianjiang, the parent company of Benelli, may be planning for a bigger Leoncino 550 as it has type-approved a similar model with a 549cc motor…

As we have been discussing in the past, Qianjiang sells motorcycles based on similar platforms under the Benelli moniker as well as its own QJMotor brand. While the QJMotor branded models are confined mostly to the Chinese market, Qianjiang utilizes the popularity of the Benelli brand for its international markets.

In a latest update, Qianjiang has received a type-approval in the European market for a retro motorcycle (QJMotor badged) which carries the same Leoncino’s platform including the engine layout. The difference is that, at 549cc, it is a slightly bigger capacity. As a result, it produces around 50 PS of peak power which is slightly higher than the current Leoncino 500.

This model, which has been codenamed ‘QJ500-19’ weighs 193 kg and has been patented in two variants. One of them comes with a tubular swingarm and the other one has a broader alumunium swingarm. Other difference is in the brakes and calipers of these variants.

Now, this is confusing. Benelli recently updated its 499cc, inline twin cylinder engine of the Leoncino 500 to Euro 5 or Bharat Stage 6 emission norms and why would it want to have a slightly bigger version of it in parallel production?

This propels a rumor that Qianjiang may ditch the current 499cc motor and use the bigger 549cc version on its Leoncino (and probably other models as well). However, there is nothing certain about it at this point.