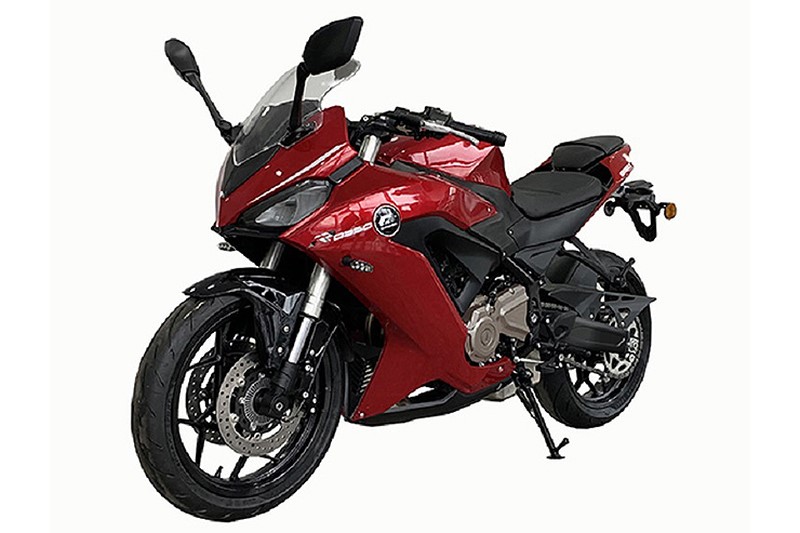 Qianjiang, which is the parent company of Benelli, also sells motorcycles under ‘QJMotor’ brand which is limited to China. Most of these QJMotor motorcycle models are sold simultaneously under the Benelli’s moniker in some international markets. So, there is a direct relation between motorcycles of these two companies.

In a latest update, Qianjiang has received a type-approval for the QJMotor motorcycle you see on your screen (top). This twin cylinder motorcycle is powered by a 353cc engine that is capable of producing 36 hp of peak power. In terms of looks it carries twin split headlamps, a full fairing and upside down front forks. All those lights appear to be LED units.

There are two variants that have been patented. One, which could be marketed as a top-spec variant, comes with twin disc brakes at the front. It is the one pictured on this page (above). The second variant comes shod with a single rotor at the front.

This model weighs 179 kg and there is a big possibility that it may go to various other markets under the Benelli’s brand. On the other hand, Benelli has already updated its 302R in China and it produces 34.5 bhp of power (more details). It is the model that was sold in India and may return in its Euro5/BS6 format in the weeks to come.