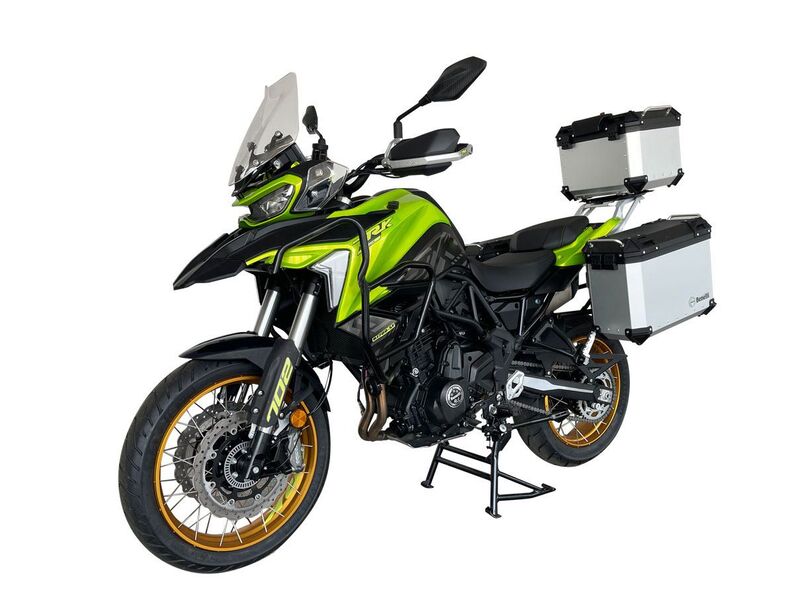 So, the Italian brand that is now owned by Chinese, Benelli, have type-approved the new TRK 702 ADV in China. From the images appearing on the type-approval document, the new ADV looks heavily inspired by the older TRK 800 sibling which was introduced at EICMA a few years back.

It is expected that the new Benelli TRK 702 will be powered by the a 693 cc, parallel-twin engine which the parent company, QJ Motors, have used domestically in many of their products. This is the same motor utilized by CFMoto on their 700CL-X roadster.

Since the engine on the TRK 702 is new, it required changes in the frame of the ADV, but it still sports steel-trellis construction similar to the TRK 800. It appears that the swingarm has also been re-designed and will be offered in wire-spoked rims or alloy rims.

The alloy rims will measure 17” at both ends and will be a more road-biased variant rivalling the Kawasaki Versys 650 and the newly introduced Triumph Tiger Sport 660. The variant will be fitted with off-road centric wire-spoked rims measuring 19” in the front and 17” at the rear.

Furthermore, the images show that the braking will be handled by radially mounted calipers, very similar to the bigger TRK models. One of the images show the bike equipped with side-panniers and a top box on a bike sporting wire-spoked wheels, but it is not clear that will this combination be available as a separate variant or could be added as accessories to configure the model by choice.

Finally, coming to the relevant question – Will it come to India??

Well, as of now, there is no information as to the palms of Benelli of bringing the upcoming TRK 702 to our shores. The current Benelli range in our country only extends till 500 cc parallel-twins which are touching nearabouts Rs. 6 Lakh as asking price. So it is highly unlikely that the higher models will come to our country as they will be very expensive in our country.