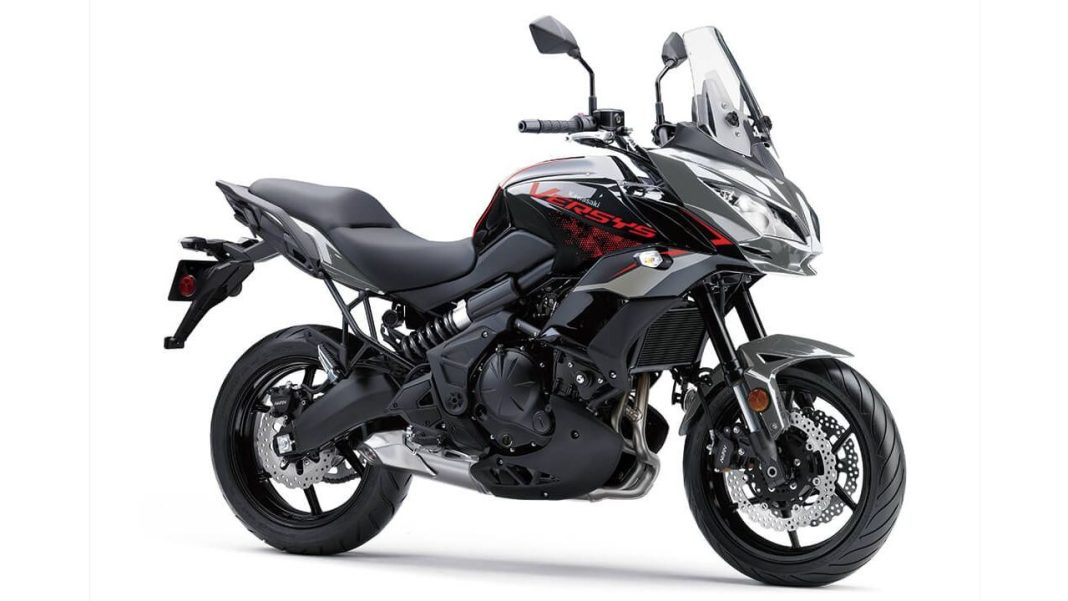 2022 Versys 650 launch in India can be expected in the coming months. It gets rider convenience features and looks better…

Kawasaki, the Minato, Tokyo based member of the big-4 Japanese motorcycle makers, unveiled its most awaited update to its Versys 650 line-up at EICMA 2021 in Milan, Italy. At first glance, it can be seen that the new Versys 650 has been inspired by it’s bigger sibling, the Versys 1000.

The most prominent change is the 4-way adjustable screen along with the large front cowling housing the new LED headlights and blinkers, which again reminds us of the 1000cc sibling.

Kawasaki has introduced its infamous Kawasaki Traction Control System (KTRC) with 2-level selection and the option of switching it either on or off. With this, it becomes the company’s first middleweight tourer to get this tech.

Another addition is the new 4.3″ TFT dash equipped with smartphone connectivity and auto-adjustable screen brightness. The TFT screen also allows the rider to choose either the black or white background colour to facilitate the rider to read the dash metrics such as, the digital speedometer, tachometer, gear position indicator, fuel gauge odometer, dual tripmeter, fuel consumption, range, service reminder and so on.

The 2022 Versys 650 is powered by the recently refined Euro-5 compliant 649cc parallel-twin engine (also found in Kawasaki Z650 and Kawasaki Z650RS). It gets a steel frame with Showa long-travel suspension carried over from the previous generation.

The power-mill churns out 65.7 HP at 8500 RPM and 61.01 Nm of torque at 7000 RPM. There are two packs on offer – the Tourer pack of the new Versys gets factory fitted panniers while the Grand Tourer pack gets panniers & top-box along with fog-lights, power outlet and GPS bracket fitted as standard.

The new mid-size Versys should come to India in the months to come at a minor price hike over the current model.