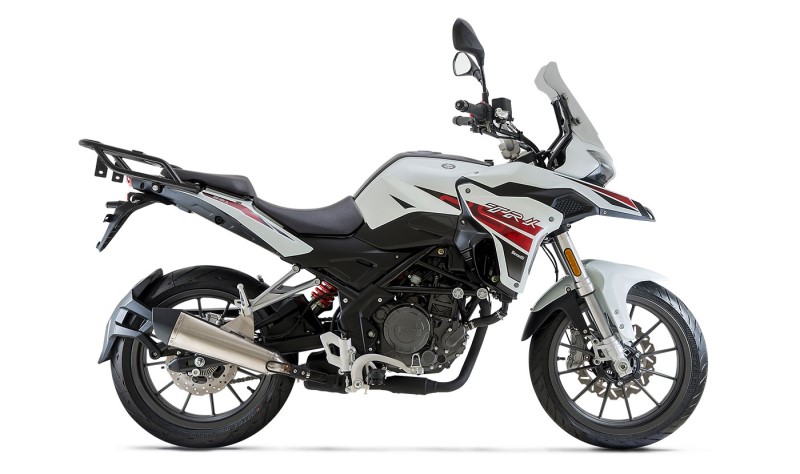 Benelli TRK 251 launch in Pakistan is at a very high price tag. We should get it at a more sense-making price tag…

Benelli’s TRK 502 is one interesting mid-size Adventure touring motorcycle. To bring a similar kind of excitement in a lesser displacement model, Benelli introduced the TRK 251 which looks brilliant and being a single cylinder motorcycle, it is more affordable as well.

Now, ahead of its Indian launch, Benelli has launched the quarter liter TRK in Pakistan. In fact, Benelli also sells the 502C in our neighboring country – which is also badly awaited here. The Imperiale 400, which was recently launched in India, is also listed on Benelli’s official Pakistani website.

It weighs 153 kilos (unladen), significantly lesser than the RE Himalayan, and has a ground clearance of 200 mm. 41 mm upside down forks perform suspension duties at the front and they have a travel of 120 mm. The rear monoshock has a stroke of 51 mm.

In terms of features, the TRK 251 is equipped with bi-lens LED headlight, fully digital instrument cluster and alloy wheels. It is sold in 17 inch tyres at the rear and front and braking duties are performed by a 280 mm single disc at the front and 240 mm at the rear, further aided by ABS.

TRK 251 has been priced at Rs 8 Lakh Pakistani rupees which translates to 3.80 Lakh in INR which is a hefty amount of money. It was launched in Malaysia last year where it was priced at an amount equivalent to 2.50 Lakh in INR.

TRK 251’s Indian launch is expected within this year but obviously at a sense making price tag. If Benelli can introduce it at somewhere close to 2.20-2.30 Lakh, it will be a very interesting preposition and will give a tough fight to the already confirmed KTM 250 Adventure.