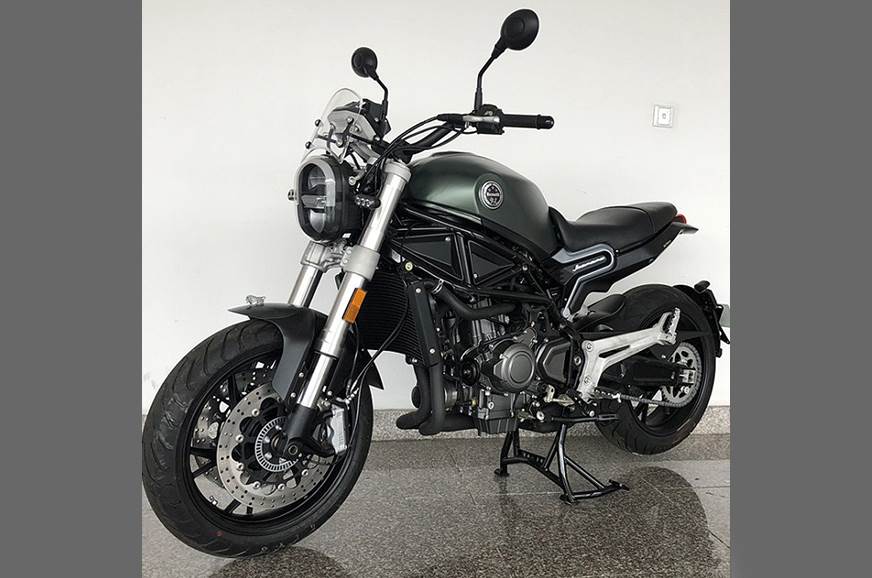 Benelli Leoncino 800 launch is expected soon after its unveiling at EICMA. It is also expected to be introduced in India…

Benelli is actively developing its Leoncino into a motorcycle range which will comprise scramblers of different capacities. Currently, this sub brand has two motorcycles – Leoncino 250 and Leoncino 500 (and its variants) with their suffixes denoting their engine capacities. Fortunately, both of them are sold in India – with the 250 joining the portfolio just yesterday!

Now, Benelli has plans to expand this lineup and the biggest Leoncino 800 was spotted in production form for the first time somewhere in China. The Italian-Chinese brand first showcased this motorcycle as a concept back at the 2018 EICMA.

The ‘believed-to-be-production-model‘ is wearing alloy wheels instead of the spokes of the concept. Other changes include regular circular discs in place of petal discs. Rest of the stuff appears to be similar which means not much has changed in this transition.

It features a slightly more muscular tank than the Leoncino 500. Other bits are also sportier but the design language, as expected, has been carried over.

Production Leoncino 800 is expected to be unveiled officially at this year’s EICMA, followed by its introduction in various markets. Considering the aggressive mode of Benelli India, Leoncino 800 launch can also be expected soon after its international debut. This interesting motorcycle will fight the Ducati Scrambler range which has been an impressive seller.