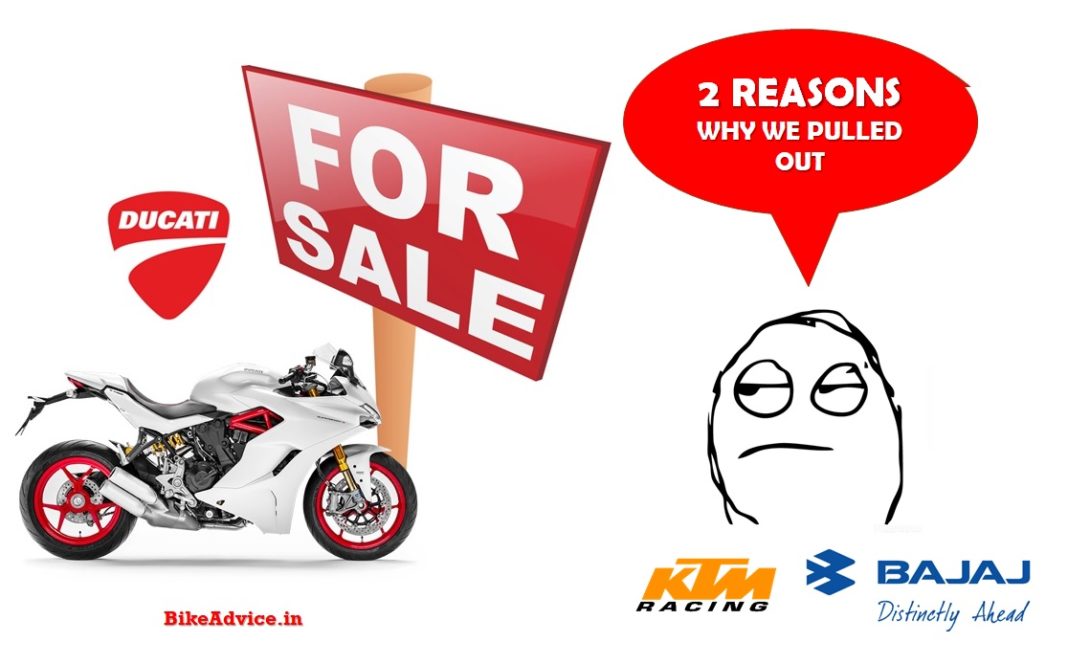 Bajaj-Ducati no more in talks for a buy-out…

There were a lot of rumours and speculations about Ducati being on sale and various Indian manufacturers – right from Royal Enfield to Hero MotoCorp to Bajaj Auto etc, were said to be in the fray to buy the Italian brand.

For the first time, there is an official word from some top official of either of these companies about Ducati. Rajiv Bajaj, MD of Bajaj Auto, in an interview given to ET Auto, has confirmed that Bajaj was in the race to acquire Ducati.

Bajaj-Ducati Deal – Why Bajaj Pulled Out

However, upon being questioned on why did they (Bajaj/KTM) pull out of the deal, he gave the following reasons…

Overlap with KTM is very much evident considering that Ducati also makes hardcore sports motorcycles like the Austrian brand. On ‘Valuation’, Rajiv Bajaj said “(Ducati’s) valuation that is beyond our limited comprehension“.

So, it appears that Bajaj (and probably other interested parties) wanted to buy Ducati at bargain prices. We also get hints of this from the statement recently issued by Volkswagen board (who owns Ducati) that the iconic motorcycle company is not on sale for ‘bargain hunters‘.

Instead, Bajaj surprised everyone when they announced a strategic partnership with Triumph Motorcycles. Like TVS-BMW, this alliance will focus on mid-capacity motorcycles for domestic as well as export markets (more details).