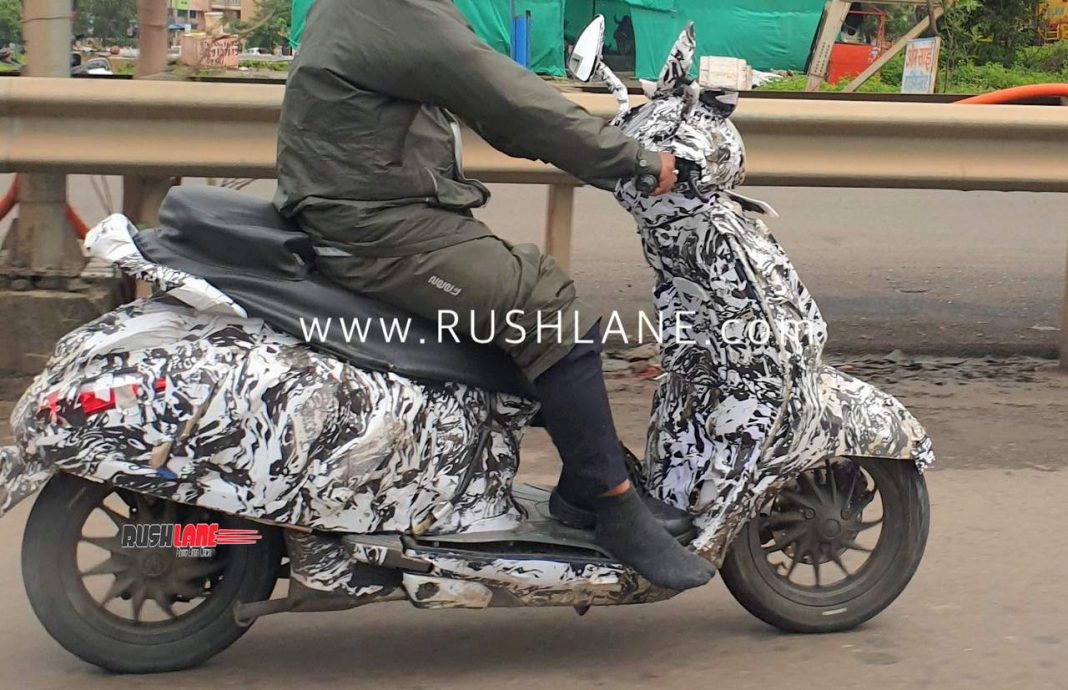 Bajaj has already rolled out media invites for the official debut of its anticipated Urbanite brand. The event, which is scheduled on the 16th October, is finally expected to also see the launch/unveil of the first product under this banner which is expected to be called as ‘Chetak‘ with a suffix of ‘Chic Electric’.

Yes, Bajaj’s comeback into scooters is expected to be graced by the return of the famous Chetak brand. This has been revealed by a recent document which shares that Bajaj has patented this brand name for one of its upcoming product.

Apart from this, just ahead of its launch, the first scooter, purported to be the Chetak, has been spotted testing yet again. It is sporting 12 inch tyres and 12-spoke alloy wheels. Under that rear seat, the rider may be hiding some test equipment and we can see some wires running around the scooter as well.

The design theme appears to be Vespa-like neo retro with curvy lines flowing across rounded, non-edgy panels. It will be full of features as Bajaj has announced that with Urbanite it intends to do a ‘Tesla on two wheels’.

Electric two wheeler space has recently seen Ather Energy and Revolt Motors hogging limelight with their products 450 and RV400 but eventual prices are significantly higher than comparable, conventional petrol powered two-wheelers. It will be very interesting to see how will Bajaj approach this segment…