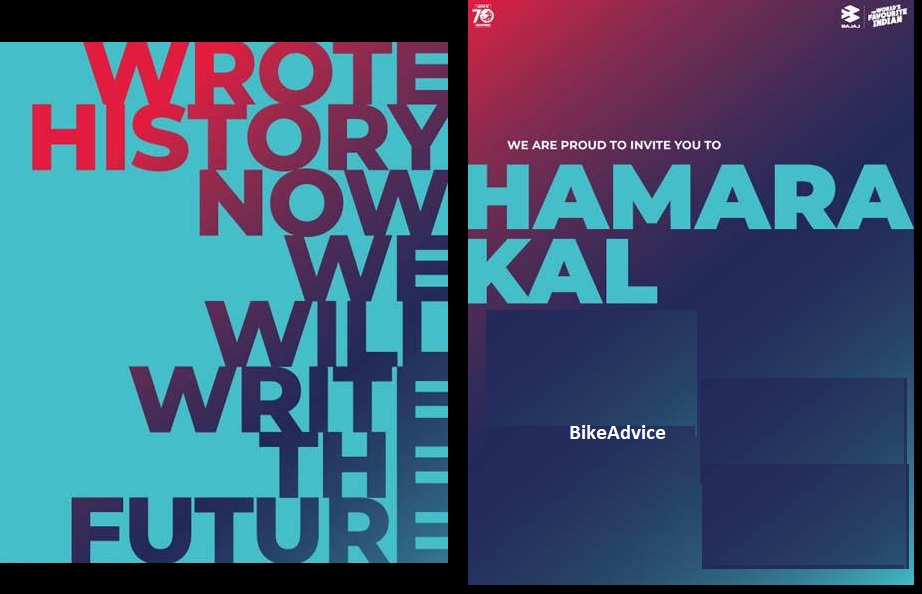 Finally, the day is about to come! Bajaj has shot in media invites for an event scheduled later this month. The invite reads..

Minister of Road Transport and Highways, Mr Nitin Gadkari along with CEO of Niti Aayog, Mr Amitabh Kant will be the chief guests of the event.

This is almost a 100 percent confirmation that this event has everything to do with sustainable mobility. Which leads us directly to Bajaj’s Urbanite brand – a newly formed separate business vertical which will introduce electric vehicles under Bajaj’s banner.

And since Bajaj has used the term ‘launch event’, we believe it may not just be the unveiling of the ‘Urbanite’ brand but the company may also go ahead and introduce its first product.

Spyshots that have surfaced so far suggest that Bajaj is preparing an electric scooter which will be the torchbearer for this newly formed entity. The scoot is expected to be a differentiated offering as Bajaj has hinted that it intends to make a Tesla of the two-wheeler space.

As we understand, the Urbanite scooter could be an all-electric product and may pack in a lot of innovative features. There are also speculative reports which suggest that it could also mark the comeback of the popular ‘Chetak‘ brand, however, any kind of confirmation on this remains pending for now.