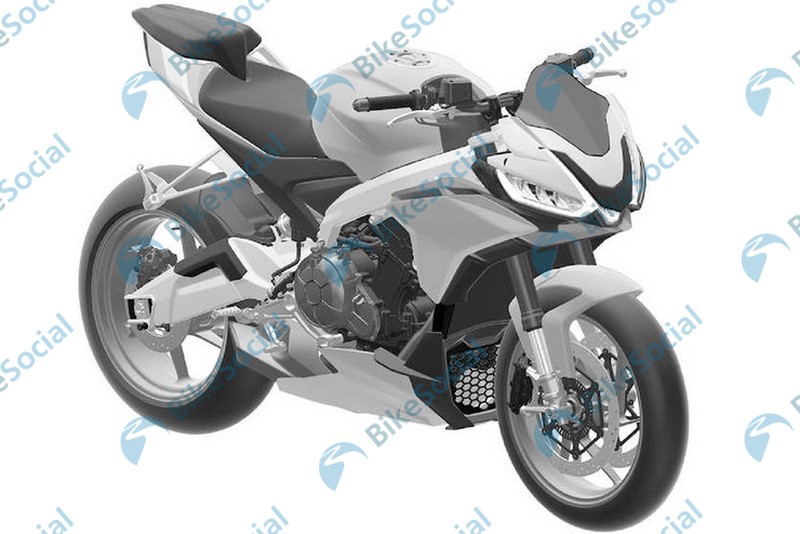 The Aprilia Tuono 660 was revealed as a concept last year in the month of November. The mid-sizer looks crazy-good and typical Aprilia!

The Italian bike-maker Aprilia has some really cool machines ready to be launched in the days to come. A testimony to this fact is the latest set of Aprilia Tuono 660’s leaked patent images.

Aprilia Tuono 660 is the naked version of its upcoming mid capacity supersport sibling, Aprilia RS660. The bike was showcased as a concept last year in the month of November, and now we have concrete evidence of it getting into production with its patent images surfacing on the internet.

The Tuono 660 is expected to be powered by a 660cc parallel-twin engine derived from the RSV4 superbike’s V4 motor. According to rumors, expect power figures to hover around 95 bhp, slightly lower than the 98 bhp (99.35 PS) of the RS600, despite an extensive part sharing between siblings.

However, the good news is that the bike appears to be almost identical to the concept version shown last year, with slight changes around the underside of the engine and the exhaust can (which is similar to the concept, but with a mesh grille covering its exit).

Talking about other features, the bike is expected to come loaded with multiple riding modes, cornering ABS, wheeling control, up and down quickshifters, etc., which makes it one of the most anticipated bikes in this segment.

While there is no official confirmation of its Indian launch yet, we expect the Aprilia’s 660 to be unveiled in Europe later this year and go into production sometime next year. Would you like to see this machine on the Indian roads?