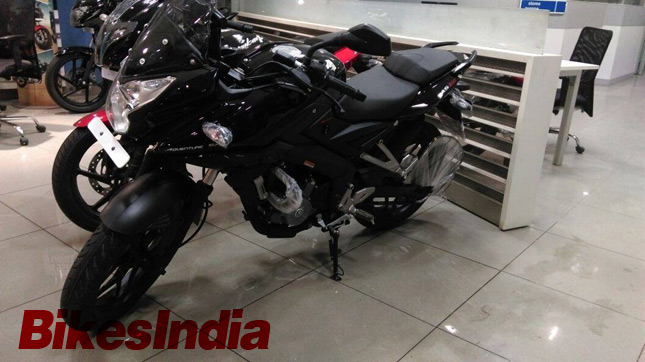 After a dismal show for the last many months, Bajaj is now ready to hit back and have already launched three different products, two in the entry level segment and the Pulsar RS200 last month. That is not it as they plan to launch new products every month in the ‘sports segment’ till July. 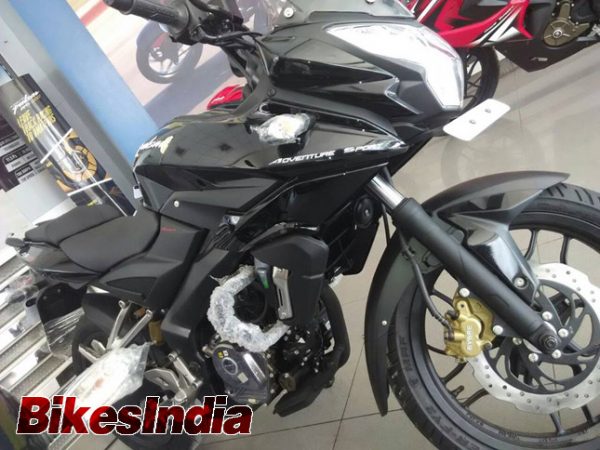 Rajiv Bajaj, in an interview to Money Control, has revealed that their next All-New Pulsar will be launched on 14th of April, which is just a few days away. We are not 100 percent sure but in all probability, it will be the Pulsar AS200 which, as we have seen earlier, went into production with the fully faired flagship RS. As an update to this report, BikesIndia.org has shared a couple of images of the Pulsar AS200 from some dealership in India. The all-black theme is a respite from the flashy speedlines!

Pulsar AS200 will be the Adventure version of the Pulsar 200 series where AS stands for ‘Adventure Sports’. It will come with a half-fairing and the much-needed projector headlamp. We have not seen ABS on any of the test mules yet and nor are they present on this display motorcycle and so, we assume it may NOT be on offer. 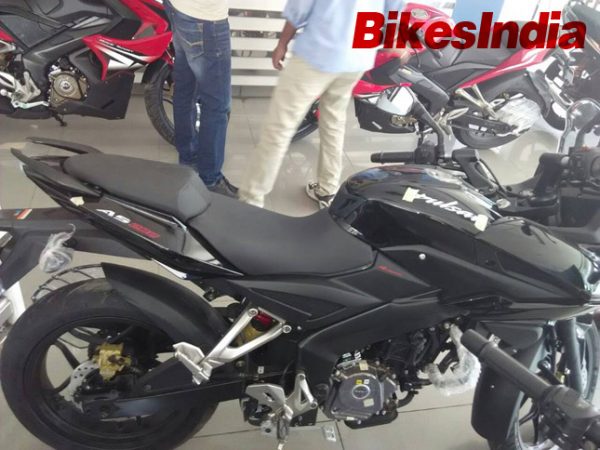 It gets power from the same 199.5cc mill of the 200NS and will most probably be carbureted just like the naked 200NS. Power and torque output is also expected to be in the same ballpark of 23.5PS and 18.3Nm respectively, a shade under the fuel injected RS200! 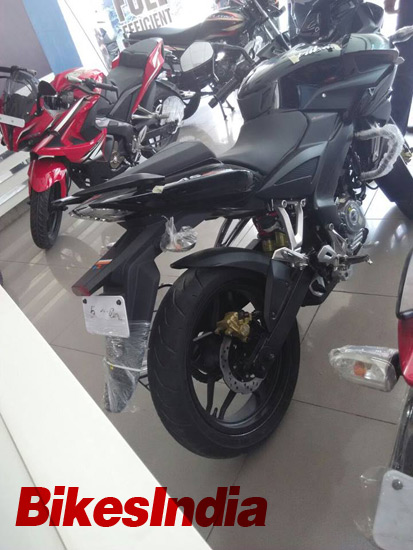 It also has a few differences with the Pulsar 200NS, which we have listed here. Considering the information we have, we believe Pulsar AS200 will be very aggressively priced and we will not be surprised if it gets launched at Rs 99,000 ex-showroom Delhi!

Update: New pics confirm that AS200 will be running on MRF tyres, thankfully!