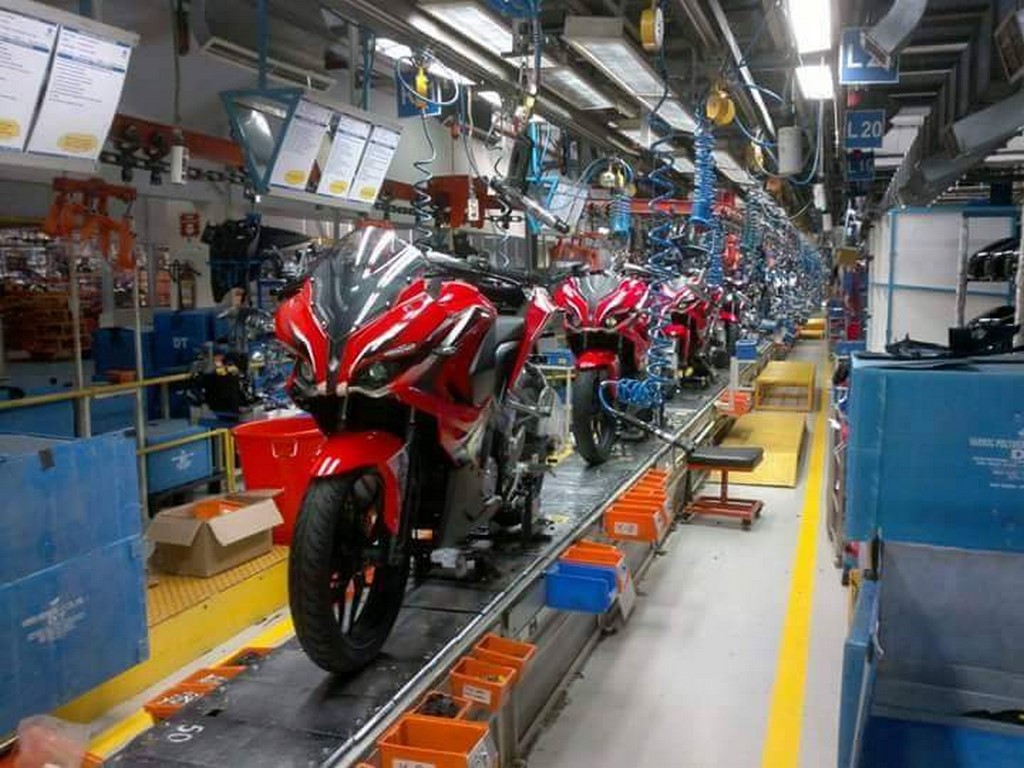 Here is some more dope on the upcoming Pulsar RS200 and the 200AS. These pictures appear to have been clicked inside Bajaj’s facility at Chakan, Pune. And yes, along with the RS200 we can also see the AS200 here. It is obvious that production of the new Pulsars has started and these pics are just a reiteration of the same but they also hint at the possibility of the launch of the Adventure AS200 very soon, if not on the 26th of March – the official launch date of RS200. 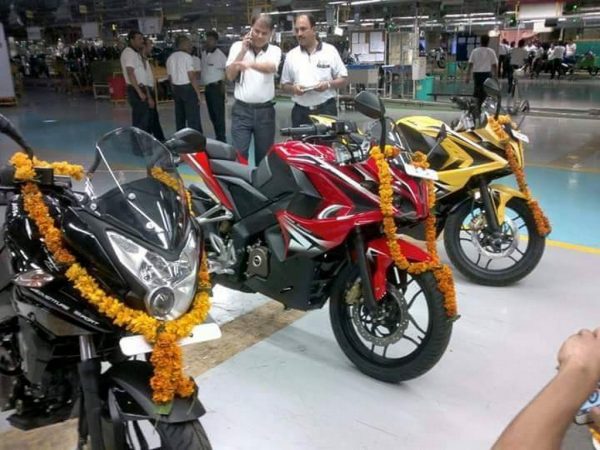 The garlands seen in this picture, from a Facebook group Automotive forum, are placed on these units probably because they are the first units of the batch.

While these Pulsars do not sport ABS, but the following pics from the same source confirm the presence of the much-needed braking safety add-on. 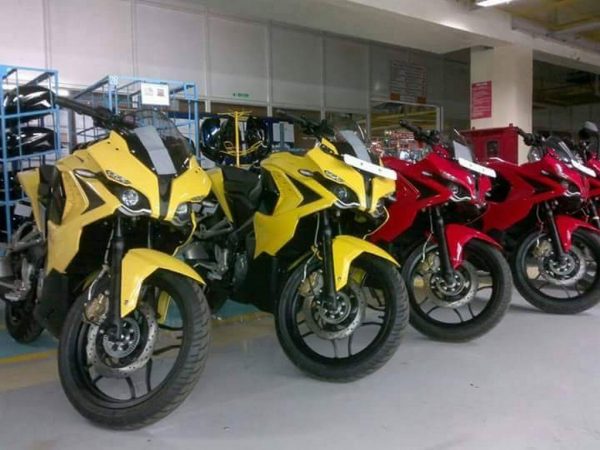 Carefully notice the above pic and you will see that there are two different shades of yellow, for reasons not known to us at this point! 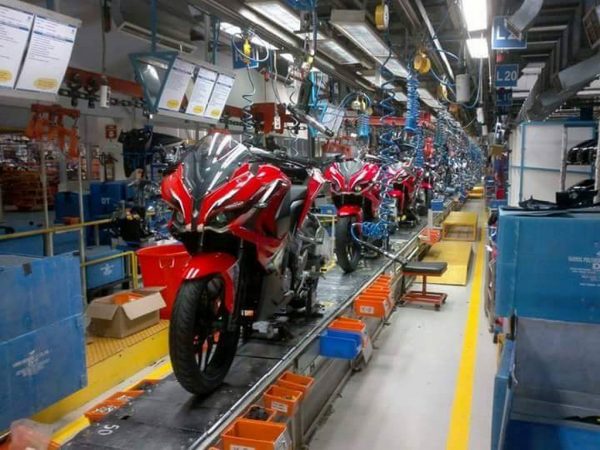 So far we know that the Pulsar RS200 is going to available at least in 4 color options – black, red, yellow and blue. An interesting point we have noted tells us that the non-ABS version gets a sticker job whereas the ABS version comes in solid colours. The following pics also build on the same belief, however, there is a possibility that these motorcycles are waiting outside the sticker room to get dressed! 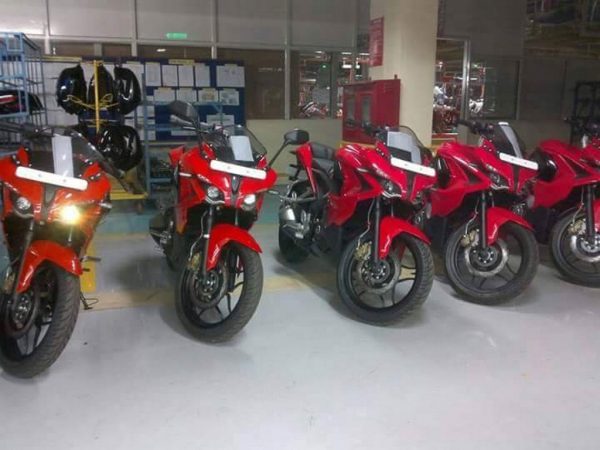 There is no doubt that the new Pulsar RS200 has got a lot of peope waiting for it and, together with the Adventure version, Bajaj intends to replicate what international manufacturers do – form around 3 different motorcycle variants based on the same platform. 26th is the date!