Gradually and slowly all the details of the Pulsar RS200 are getting revealed. In our last post, we shared with you the confirmation of the presence of ABS and a few other bits and as we finished writing that, Bajaj has officially announced its Indian launch at their Facebook page.

The teaser reads ‘7 Days to G0’ which counts down to 26th March as the Indian launch date of one of the most awaited motorcycle of this year.

Apart from this a report at Autocar Professional says that the company aims to set up a big stock pile before the launch so that waiting periods are reduced. Bajaj may keep about 25,000 to 30,000 motorcycles ready before 26th of March, when the prices are revealed and sales are officially opened.

It adds that Bajaj believes that the segment in which the RS200 is being launched has a size of around 30,000 units per month. 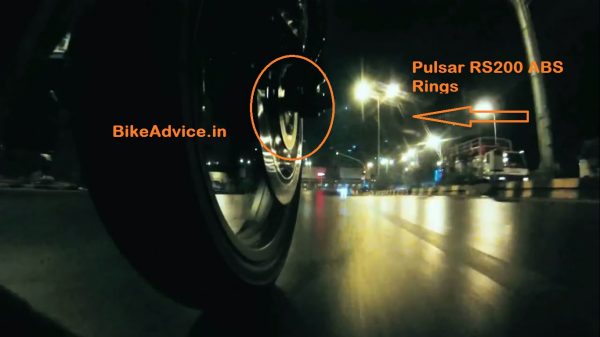 Yes, RS200 does get ABS. Click on the pic to read 3 revelations from the teaser video

The Pulsar RS200 will be powered by the same 200cc engine of the 200NS but we do expect a wee bit of more power and there is the possibility of fuel injection as well. Prices of Bajaj’s first fully faired motorcycle are expected to hover between Rs 1.2 to 1.3 Lakh on road.