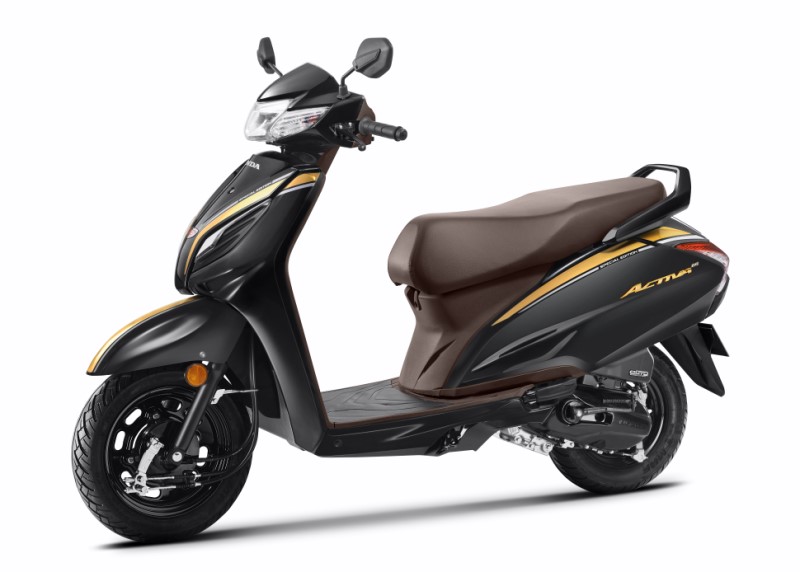 It was back in November 2001 that Honda introduced a scooter which no one thought would revolutionize the Indian market. Activa literally re-created the scooter market in India and has grown to achieve a legendary status in India. It single-handedly drives volumes for the segment. The scooter is consistently the largest selling model and sells over 2 lac units every month and has a market share of over 60%.

This year marks the completion of two decades of the Activa in India and what remarkable years these have been. To commensurate this occasion, Honda has launched the 20th-anniversary special edition of Activa 6G in the country.

The new edition of the scooter will be available in two new colors – Matte Mature Brown and Pearl Nightstar Black. It gets matching grab-rails and a shiny embossed 20th-anniversary logo, apart from a special Golden Activa logo. The scooter also gets new stripes that enhance its cosmetics and black steel wheels on both the front and the rear.

As you can see, this special Activa is available in both the variants and Honda is charging a premium of Rs 1500 over the standard trims.

Honda informs that the special-edition’s dispatches have commenced from yesterday.