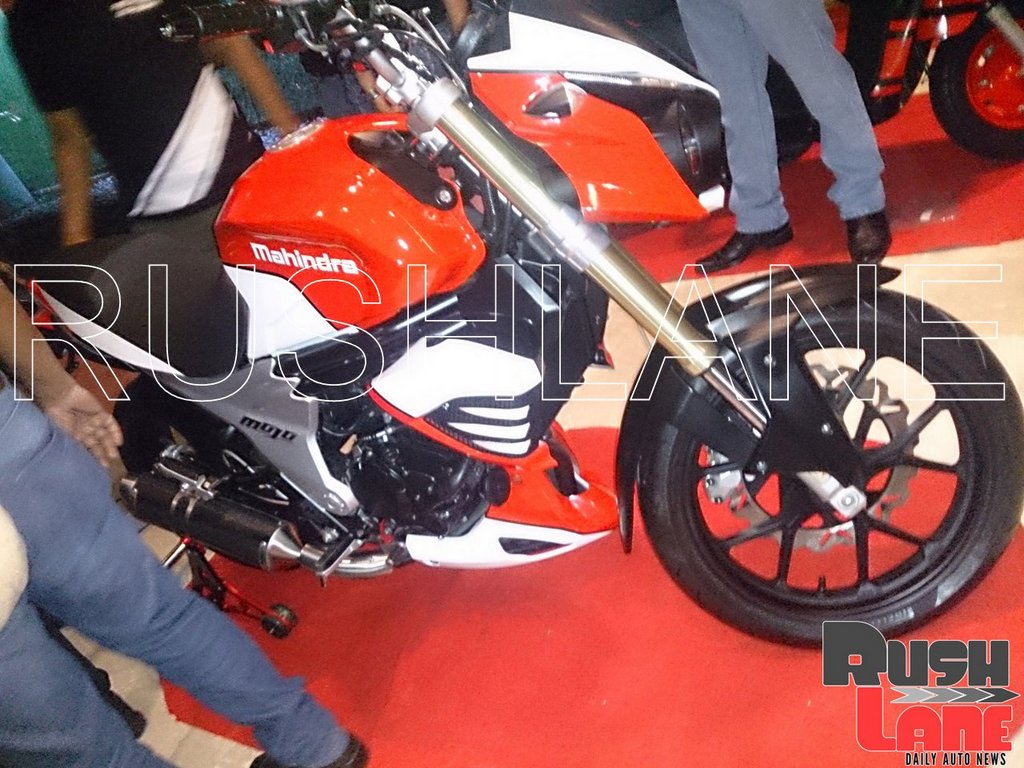 Kids born at the time when Mahindra first showcased its Mojo would have started going to school by now; well, to playschool at least. The bike was first unveiled to the public amidst a lot of fanfare, read Aamir Khan, in September 2010. After that the bike went off the radar and missing. 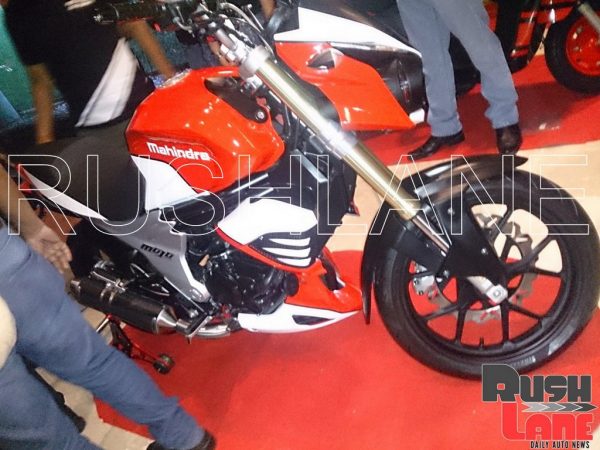 However, Mahindra officials always maintained that the bike will be launched and our renewed interest in the bike was reborn when new spyshots of the motorcycle started making appearances within the last year or so, increased when we showcased the first ever images of a redesigned more muscular Mojo in January. They reached their zenith when Mahindra officially showcased the new Mojo at this year’s Auto Expo.

Now, it seems that Mahindra is finally ready to launch the bike if the recent dealer meet is anything to go by. According to Rushlane.com, the bike was shown to Mahindra two wheeler dealers in a dealer-only meet, which strongly hints at an impending launch. 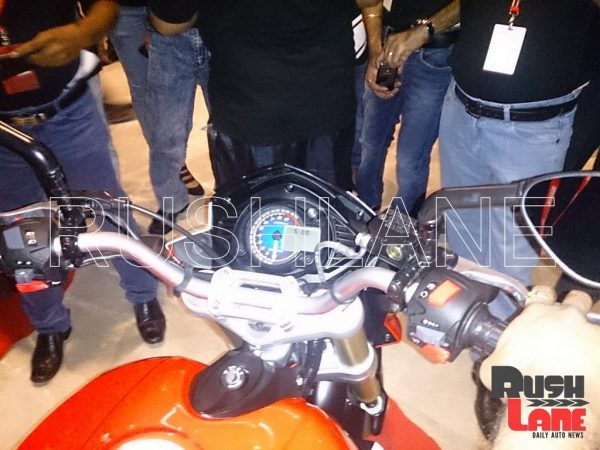 The images show that the production bike has, thankfully, retained the upside down forks and many would like the twin silencers – one on either side – and the twin round headlights too. The former would be a first since the days of 250cc single cylinder Jawas and Yezdis that came with twin silencers. Those bikes had 350 cc twin-cylinder versions too but that is a story for some other day.

Last we know, this Mahindra employed a 292 cc liquid-cooled four-stroke single cylinder engine which belted out 26PS of power and 25Nm of torque. A six-speed gearbox, Pirelli Sport Demon tyres, Y-spoke black alloy wheels, disc brakes front and rear (obviously), integrated LED turn indicators in mirrors, and LED tail lights round off the major features of the Mojo. Enthusiasts will love the analogue tachometer while the rest of the readings are flashed in the contemporary digital fashion. 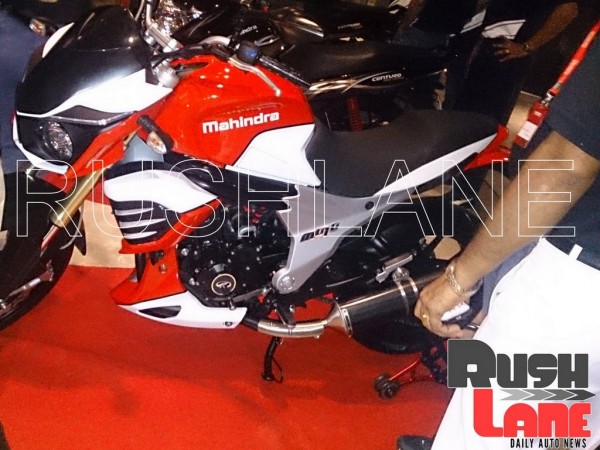 Had Mahindra launched this bike four years ago, it would have had the first mover advantage. The scenario is completely different now with KTM’s superlative Duke 390 giving sleepless nights to everything from a CBR 250R to the Kawasaki Ninja 300 and even to the top-end Royal Enfields; heck, I personally feel that had it not been for this Austrian, Suzuki would have never slashed the price of the Inazuma. 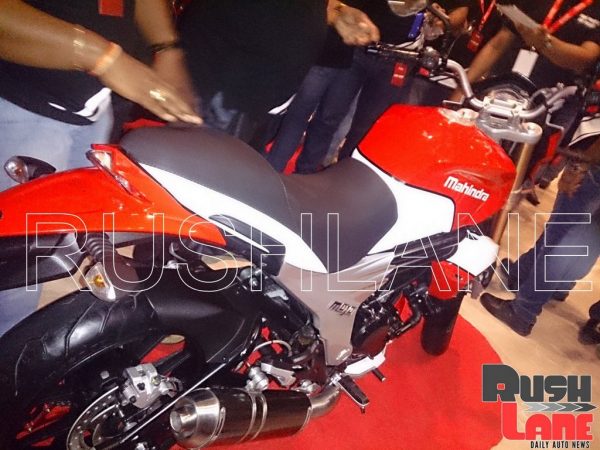 So, Mahindra will have to be extremely cautious with Mojo’s pricing as well as placement. So, the first official hints of the launch are here and we await another entry into the burgeoning sub 300cc segment.