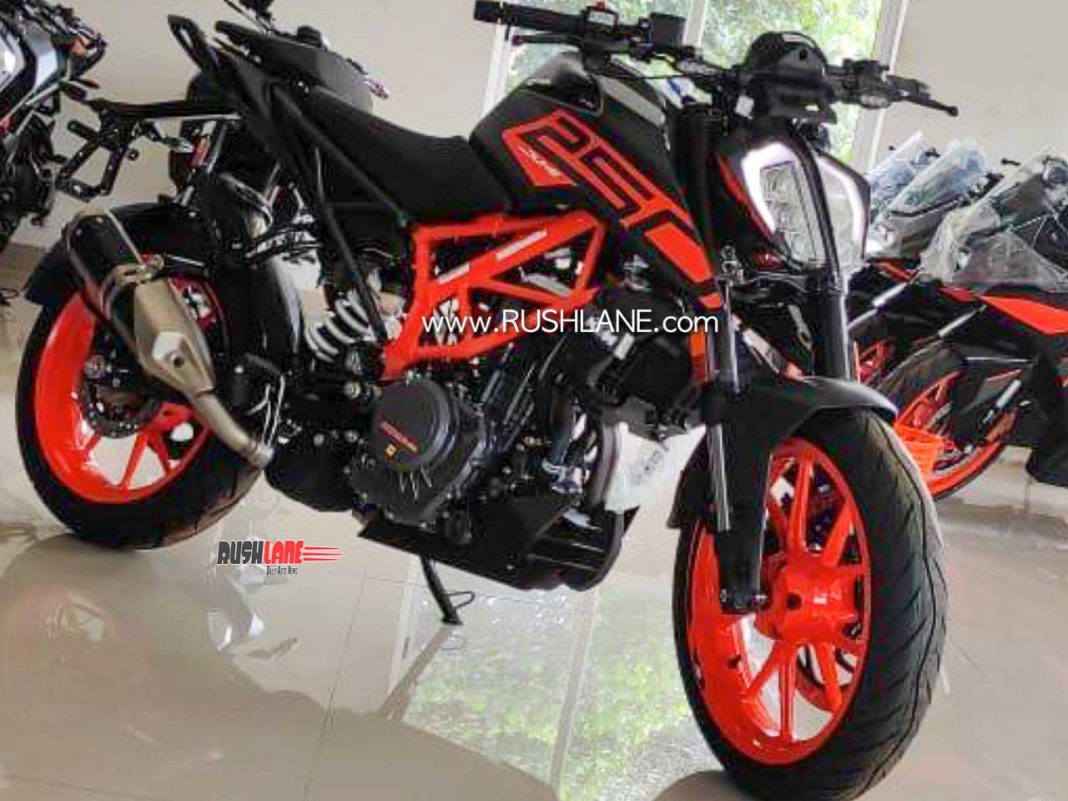 Updated 250 Duke pics have surfaced from some dealership revealing that KTM has lent it a new headlamp silently. Prices go up too..

The KTM Duke series has probably been the first stepping stone of entry level and affordable performance biking in India in the last decade or so. The 200 started the rage in 2012 and the extremely powerful 390, at under 2 Lakhs (when it was launched) took the game to the next level!

All these years KTM has managed to keep them aspirational for average bikers in India. They are pretty good sellers and have a loyal fan following as well. Earlier this year, KTM announced the launch of the BS6 compliant variants of its complete lineup.

In a latest, the Austrian has been snapped updating the 250 Duke silently. The 2020 version of the bike has been spotted sporting full-LED headlamps, that have been borrowed from its elder sibling – the Duke 390. The existing model comes with a conventional bulb surrounded by LED DRLs.

Apart from that, there seem to be no other changes on the bike. The 250 does not get the colored TFT screen of the 390 Duke and continues with the older instrument cluster. And these pics are probably shot at some dealership signaling that the motorcycles are already out for sale.