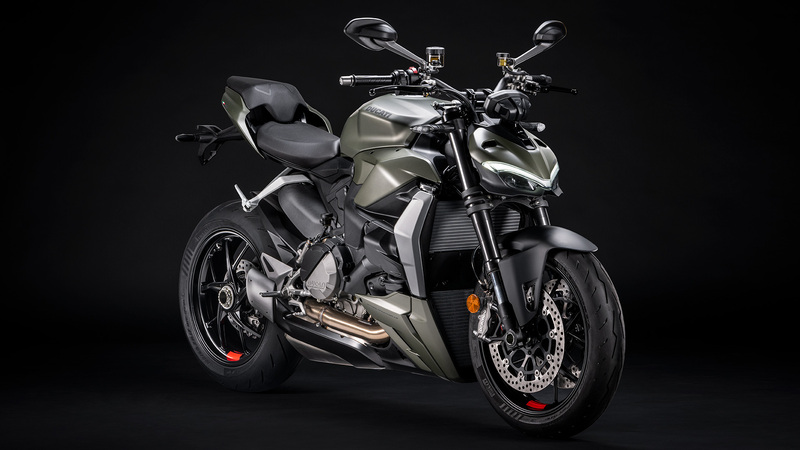 2023 Ducati Streetfighter V2 is scheduled to enter India in coming months.. It gets complete suit of electronics just like bigger sibling..

So, Italian premium motorcycle brand – Ducati – have updated their smaller ‘Streetfighter V2’ naked bike to MY23 model and have added a new colour on offer.

The new colour has been coined  ‘Storm Green’ by Ducati and describes it as – It “Enhances the clean, sharp and essential lines of the Streetfighter V2, reinforcing the unique character of the bike and its innate ability to attract attention”.

The new Storm Green colour will join the existing option of Ducati Red colour, which is the iconic paint scheme of all Ducati models, other than the XDiavel power-cruiser ofcourse.

As mentioned earlier, the 2023 Ducati Streetfighter V2 is scheduled to launch in the Indian market in the second half of this year (2022).