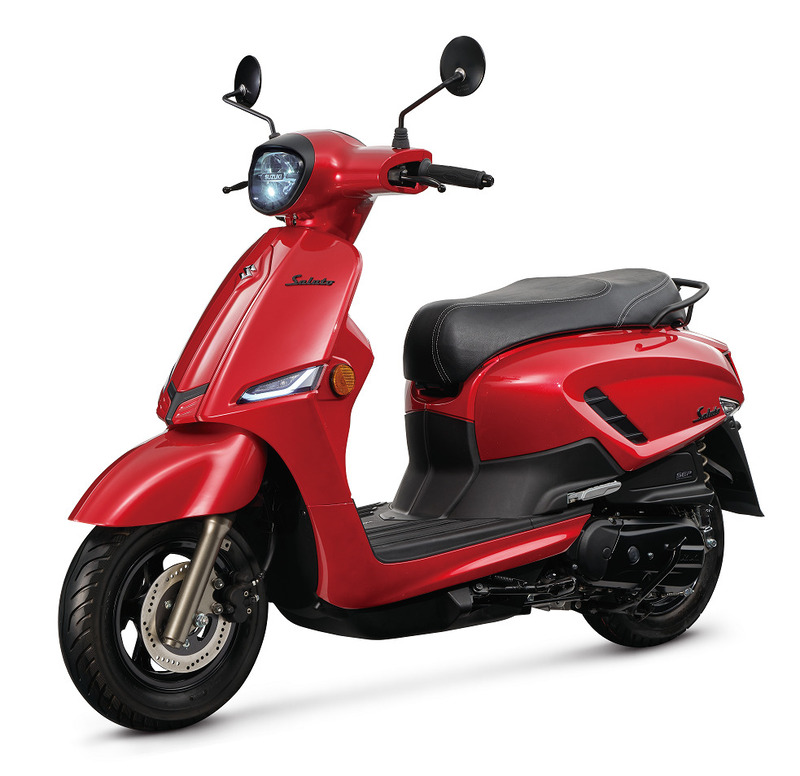 Suzuki sells two interesting scooters in the 125cc space in Taiwan that we have our eyes on – Saluto and Swish. Both the 125 cc scooters have received have been updated – they now come in new color schemes along with some fresh features.

The Saluto 125 exudes the classic curvy Italian styling and design. The design is very reminiscent of the Vespa scooters which are very prominent on European streets.

The design is highlighted by a big oval headlight integrated into the handlebars with round rear view mirrors mounted on top. The front apron is wide and is neatly housing the front turn indicators and DRLs. Other highlighting features include, single-unit seat, single-piece pillion grab rails, LED lighting setup, Semi-digital instrumentation, USB charging port and multi-function switch to control the seat and fuel-lid release.

The 2022 Saluto 125 is now offered with keyless ignition system which unlocks automatically in the proximity of the key and is aided by an anti-theft system. The scooter also gets two new colours – Luca Green and Genoa Red.

In contrast to the Saluto, the Swish carries an aggressive and modern design. Suzuki specifically mentions that the Swish inherits the special design vocabulary – ‘Falcon’ – of the new Hayabusa (though it looks far from it, to us 😀 ). It also gets similar colour schemes as the new Hayabusa – Black Gold, Silver Red and Blue Silver.

Visually, the Swish 125 is all sporty aggressive lines. Its modern design is highlighted by the large LED headlight integrated directly into the apron of the scooter along with DRLs and turn indicators. The aggressive lines continue to the rear and are also highlighted in the design of the stepped single-unit seat and grab-rails.

Both Saluto and Swish are powered by the same 125cc engine that powers our Indian Access, Burgman and Avenis. The 124 cc, single-cylinder, air-cooled engine equipped with Suzuki Eco Performance (SEP) technology produces 8.67 BHP and 9.6 Nm of torque combined with automatic transmission. Suspension on both scooters consist of conventional telescopic forks at the front and a monoshock arrangement at the rear.

There are high chances that Suzuki may consider bringing similar color themes and/or features on the India spec models as well.