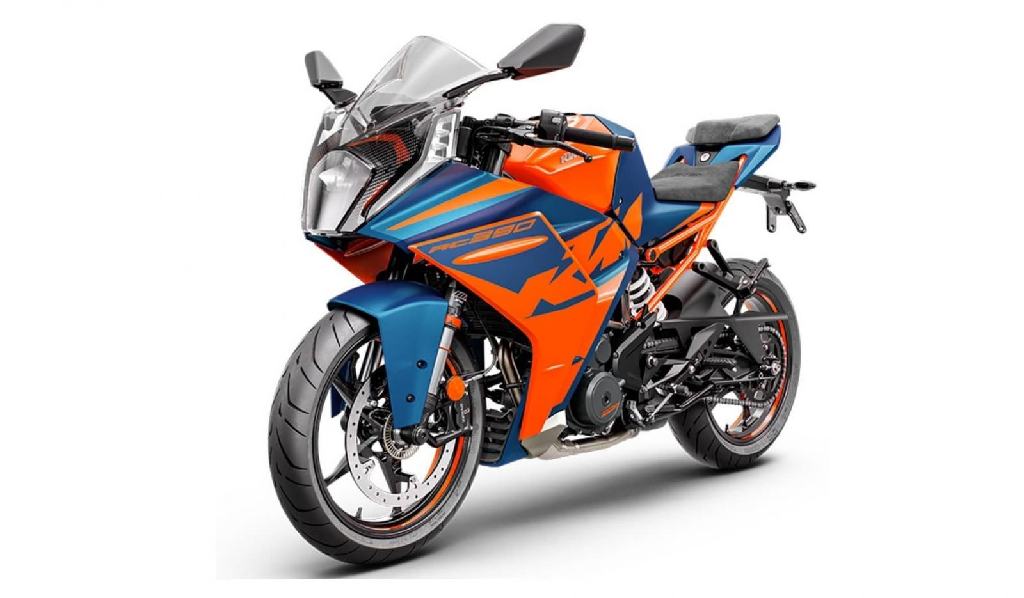 2022 KTM RC launch date should be announced anytime very soon, now that the official teasers are being let out on social pages…

The 2022 KTM RC lineup launch is imminent. The Austrian maker has taken to Instagram to share Insta story teasing the upcoming newer-generation models of these sports bikes.

The new video on Instagram reveals the exhaust note of the 2022 KTM RCs. Here, check it out…

The above video shows the KTM RC being ridden on the track. You also get a glimpse of the rear LED of the RC which retains the edgy design.

From the previously leaked images, we have seen these bikes sporting larger fairings as compared to the current generation models. Design-wise the major change has been done to the headlamp which replaces the twin projector seen on current generation RCs.

There are other significant changes which include a bigger wind visor, relatively high-mounted handlebars, lesser aggressive seating design, etc.

The upcoming KTM RC125 and RC200 will be offered in Black-orange and White-orange color combinations. The bigger RC390 will come with a blue paint job along with the signature orange finish of KTM.

While there is no information on pricing the new design and refreshed model will surely come at an increased price tag. Launch date should be out soon…