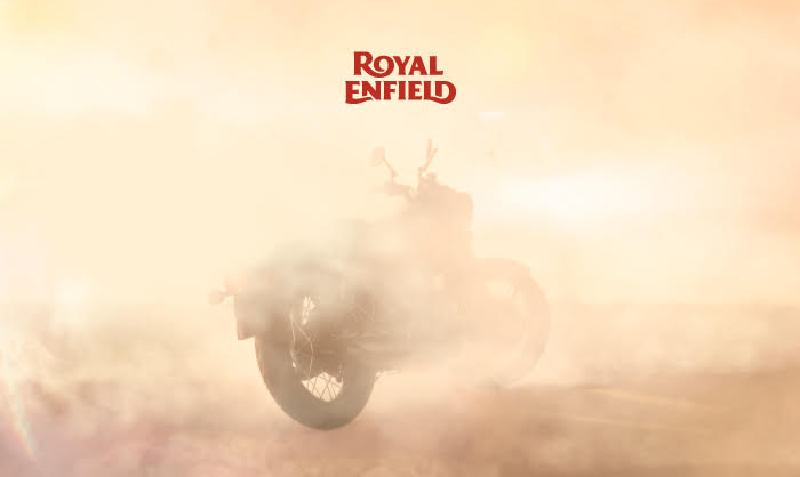 2022 Classic 350 launch date has officially been revealed by Royal Enfield after a fair bit of wait. It has also been spied in a new video…

In an official block your date mailer, Royal Enfield has announced the launch date of its next motorcycle – new-generation Classic 350. It reads…

It’s like seeing the world for the first time again.

It will be very interesting to see how people respond to the new model.

While its launch is imminent, the 2022 Classic 350 from Royal Enfield is not ceasing from creating hype. We have already seen the cruiser in its various avatars and color schemes.

A latest sneaky video clip on the internet shows it donning the same Chrome skin on the fuel tank as its 650cc cousin the Royal Enfield Interceptor, 2021 model.

The paint job has a chrome finish on the tank flanks with a 3D Royal Enfield badging while the rest of the fuel tank is painted red.

The chrome touch is present on the front and rear fenders along with the scarlet. There will be a second color option as well that mixes the chrome paint job with a black finish. There is the presence of Tripper Navigation as well.

It suggests that this will be offered as the premium-most model, which will obviously sit at the top of the lineup.

The bike is now based on the new J-platform. It carries an all-new 349cc engine which is mated to a 5-speed gearbox. According to leaked registration papers, the 2022 Classic 350 will deliver 14.87 kW of power and 27Nm of peak torque – same as Meteor.

It is the pricing that we are very keen to know. And with an official date now, the motorcycle appears to be very close…