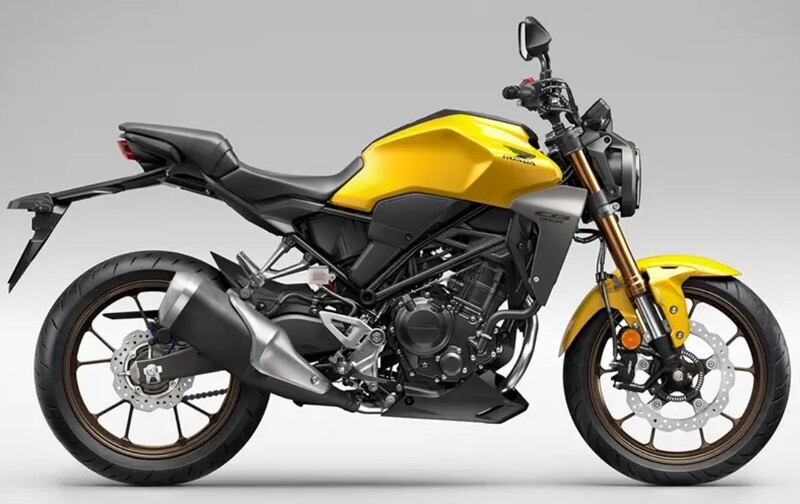 2022 CB300R Euro5 comes after the launch of the BS6 model in India earlier this year. It is coming back after a brief hiatus…

The Honda CB300R has re-entered Honda’s portfolio in the European market for 2022, after being absent for more than a year. The new A-2 license friendly CB300R gets Euro5 compliant motor with Showa front suspension and addition of Slipper Clutch to provide better rideability.

The new CB300R, which Honda calls as neo sports cafe, fills the gap between the entry-level CB125R and the four-cylinder bigger sibling CB650R.

Honda have also launched the BSVI compliant CB300R very recently in our country and in fact, we were the first one in the world to get the updated machine since BSVI and Euro5 emission norms are almost similar levels in terms of strictness.

The European-spec 2022 Honda CB300R is powered by the familiar 286cc, single-cylinder, liquid-cooled engine which is producing 31 BHP of power at 8500 RPM and 27.5 Nm of torque at 7500 RPM. The engine puts down its power through a 6-speed transmission which is aided by an assisted slipper clutch.

Honda says that the DOHC unit is able to meet the Euro5 compliance thanks to a re-designed exhaust mid-section, a larger catalyser and introduction of simpler design within the muffler of the exhaust unit.

Chassis is made up of a tubular & pressed steel diamond-style frame which is equipped with 41 mm Showa Separate Fork Function – Big Piston (SFF-BP) USD forks in the front working alongside with a five-stage preload adjustable rear monoshock system. The front suspension setup is similar to the bigger CB650R and Honda claims this selection offers more front-end feel and better bump absorption.

Braking is handled by 296 mm hubless floating disc with radial-mount 4-piston caliper made by Nissin at the front and a 220 mm single piston caliper disc at the rear. It is further aided by dual-channel ABS dynamically managed by an Inertial Measurement Unit (IMU) which evenly distributes the brake force between the front and the rear wheel.

Visually, the European-spec is very similar to the CB300R we get in India. It maintains its neo-retro theme which the company claims gives it the Neo Sports Cafe look. Little visual updates like the black headlight bezels and dark radiator shrouds, which are similar to the Indian model, provide the bike a unique visual appeal.

The Yellow, Blue and Red variants get Gold finished front forks while the Matte Black variant exudes the Black-on-Black persona.

Tech-wise, the naked is decked out with LED headlight featuring dual-bar setup, thin LED tail-light and indicators and full-digital LCD instrumentation. Unfortunately, there is no smartphone or Bluetooth connectivity present in this model as well.