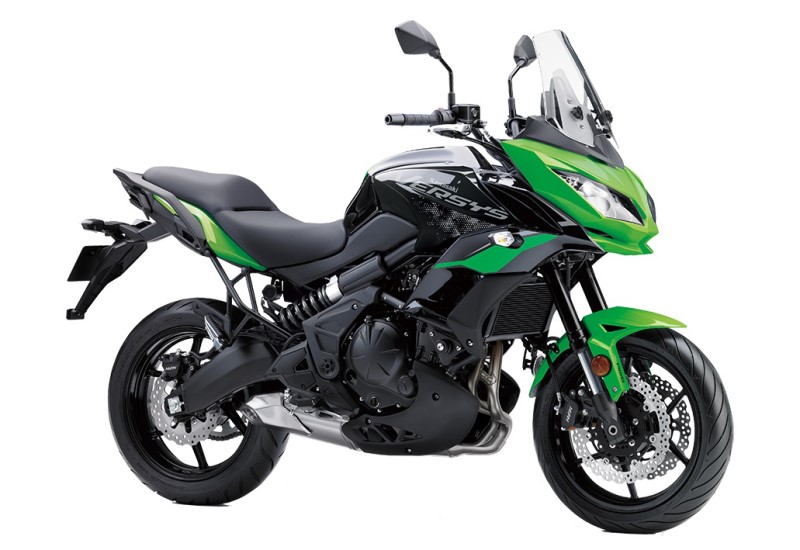 Versys 650 BS6 price increase is minimal and it becomes the most affordable adventure bike from the house of Kawasaki in our country.

Kawasaki has just added the third BS6 650cc motorcycle to its portfolio in India after the 2021 Ninja 650 and the Z650. The latest from the house of the Japanese manufacturer is the Versys 650. The bike is now compliant with the stringent Bharat Stage 6 emission norms.

The Versys 650 continues to be powered by the same liquid-cooled, twin-cylinder 650cc engine which produces 66 PS of peak power at 8500 rpm and 61 Nm of max torque at 7000 rpm. This motor is mated to a six-speed gearbox.

Apart from the upgrade to emission norms, the Versys 650 looks cosmetically similar to its predecessor. The bike is available in a candy green color option only

This translates to an increase of only around Rs 10,000 over the older version. Versys 650 is one of the most popular mid-size adventure bikes in India and it becomes the most affordable ADV option in the Kawasaki’s current portfolio. The Versys 250, which was recently launched in Indonesia, is not yet available here in India, as Kawasaki sells its 300cc sibling here (which is yet to be updated to the new emission norms).