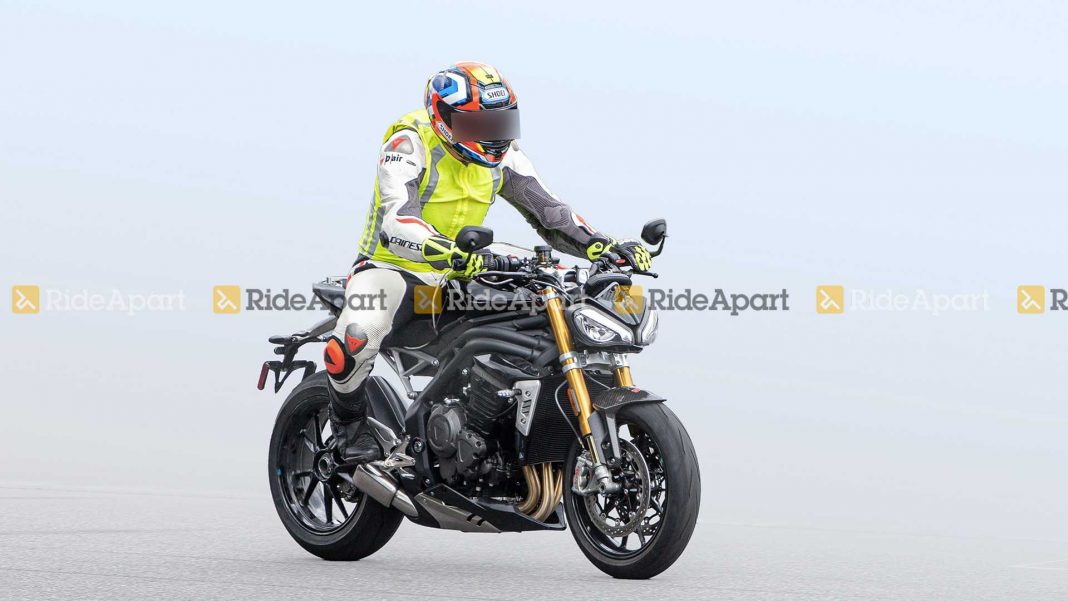 2021 Speed Triple spy pics suggest changes to the motor. It is speculated to get bigger. Major styling upgrades are also on list…

The UK-based automaker – Triumph, seems to be working on giving a major change to its Speed Triple. In the process, the naked sportster is expected to get significant design changes and also a new, bigger engine.

The last time the motorcycle was upgraded was in the year 2016, to make it compliant with Euro 4 standards. Now that Europe is rolling out the newer Euro 5 emission norms, the motorcycle seems to be getting ready for just that.

The new motorcycle was recently spotted testing sans any camouflage, and the spy-pics reveal many exciting bits. Those include an all-new, bigger-(possibly 1160 cc) engine, as compared to the existing 1050 cc motor. Apart from that, the new bike gets revised headlight pods that look “meaner” with LED strips and a slimmer profile.

Also, the Triple gets a pointier, upswept tail that makes the bike look more aggressive and gives it a leaned-forward profile. That apart, we can see changes to the twin-spar Aluminium frame and the Trellis subframe.

The motorcycle also gets a redesigned belly-pan, along with a new, shorter, three-into-one exhaust pipe. Weirdly, the exhaust tip is positioned right under the rider’s feet, rather than being next to the pillion. The motorcycle is expected to be unveiled in the coming months, and before the end of the year, for sure.