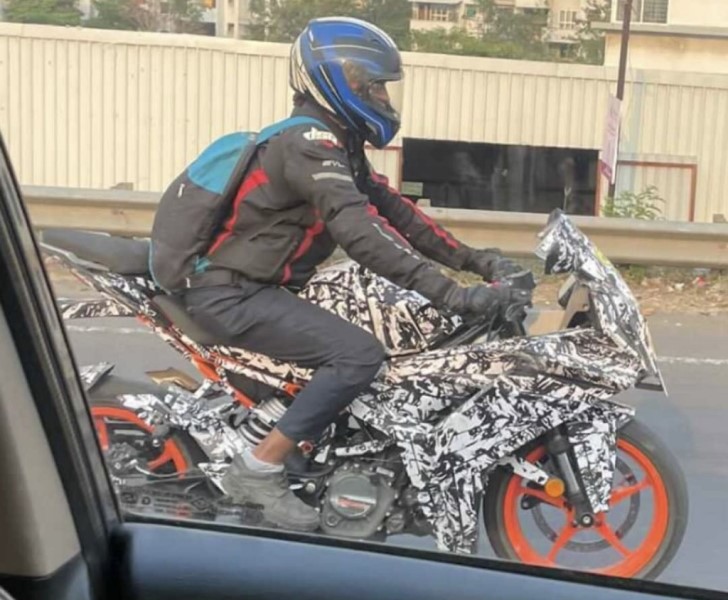 These 2021 RC200 spy pics suggest that KTM may be prioritizing it over the next-gen RC390 in India or is it just a coincidence…?

KTM has been caught testing its 2021 RC200 on the Indian roads for the first time. This is the first spotting of the new-generation RC after it was snapped inside Bajaj’s Chakan plant at the production line (spy pics here).

As you can see, the design language is substantially changed. It gets a more mature looking full fairing without the beak of the current model. There is a big visor at the front which should help prevent wind blasts specially at high speed rides, but it doesn’t look good!

This new styling will go to all the entry level RCs (till 390) and it will be interesting to see which one gets launched first. We are assuming this mule to be the 200 because it does not have the exhaust canister. It, surely, isn’t the 250 or the 390 as we can make out from that engine casing, however, there is a possibility that this could also be the new RC125.

There will be tweaks to the engines as well and the riding posture is already slightly relaxed to make it a please-to-all model.

And, now that the motorcycle is already on the roads testing, we are expecting an official launch (of the new-gen RC) in India sometime in the second half of this year.