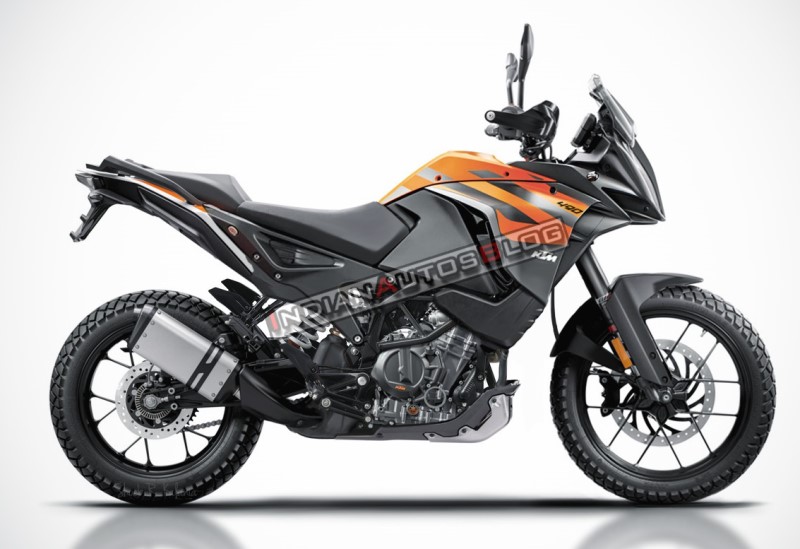 Upcoming 490 Adventure pic (speculative rendering) gives us a designer’s perspective of how it could look. It will be the most exciting model in the 490 range…

If you are regular at BikeAdvice, you might have read out our extensive coverage of the upcoming KTM 490s. The new twin-cylinder models will be manufactured by our Indian auto-major – Bajaj Auto, at its state-of-the-art plant in Chakan, Pune, and the motorcycles will be developed by the support of KTM R&D.

Now, a digital artist from Indianautosblog has created an imaginative digital render of the most awaited KTM 490 Adventure. Stefan Pierer, head of KTM has confirmed that the 490 platform will spawn various models under KTM and Husqvarna brands. These renders give us an idea about how that bike could look like, if and when it gets launched.

The artist has imagined the bike to be a more mature version of the current 390 Adventure, and has revised the fairing and the front end of the motorcycle, to give it a bolder look. On the other hand, while the split seats, and the tail-section have been lifted from the 390 cc version, the subframe has been taken from the 790/890 Duke.

In the images, we see the exhaust cannister to be similar to 250/390 series, but we believe it will be different in the production 490 Adventure, as it will come with a twin-cylinder engine.

From the images, we can also see those dual-purpose knobby tyres, disc brakes at both the ends, bash plate, and alloy wheels. It will be interesting to see if KTM is also thinking in this direction. First spy pics, whenever they emerge, will give us the first hints…

What is your opinion about this? Should the 490 be more aggressive in looks…?