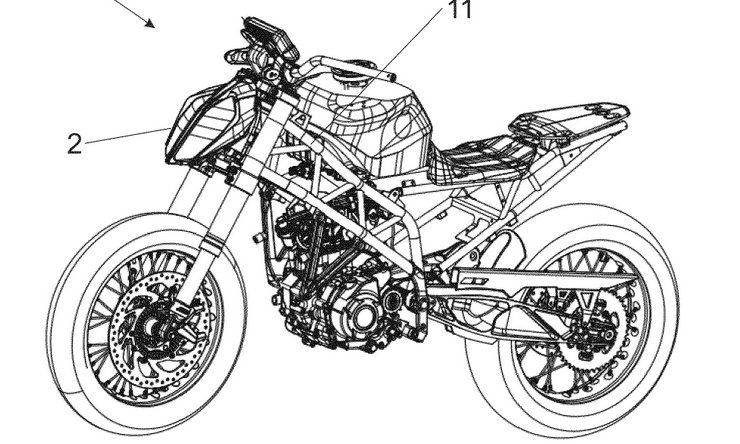 Is there a new 390 Supermoto on the cards as well? A new patent application showcases many new features, including radar-based cruise control system!

It is known that KTM is working on the next generation 390 Duke, which will feature a major overhaul. A new leaked patent application from the brand has revealed few bits that the company has for its future bikes, including what we believe, could be a 390 Supermoto.

It reveals the radar-based cruise control system based on the Bosch technology, that is already present on the Ducati Multistrada V4 and 2021 BMW R1250RT. KTM has announced way back in 2018 that it is working on this technology and we expect the same to feature in multiple models in 2021.

Talking about the patent application, KTM illustrates the technology not on an existing model, but a new upcoming model – the next-gen 390 Duke.

As seen in the application, the engine of the next-gen 390 Duke is unaltered, but the remaining parts like the chassis, subframe, and the tank are new. However, the drawing shows the bike bearing spoke wheels, whereas currently, the 390 Duke comes with alloy wheels. This suggests that there could be a Supermoto variant on the cards.

For reference, KTM’s investor relation documents have earlier revealed that Supermoto/dual purpose bikes are coming with 125, 250, and 390 cc engines. The models were shown blurred out in the document.