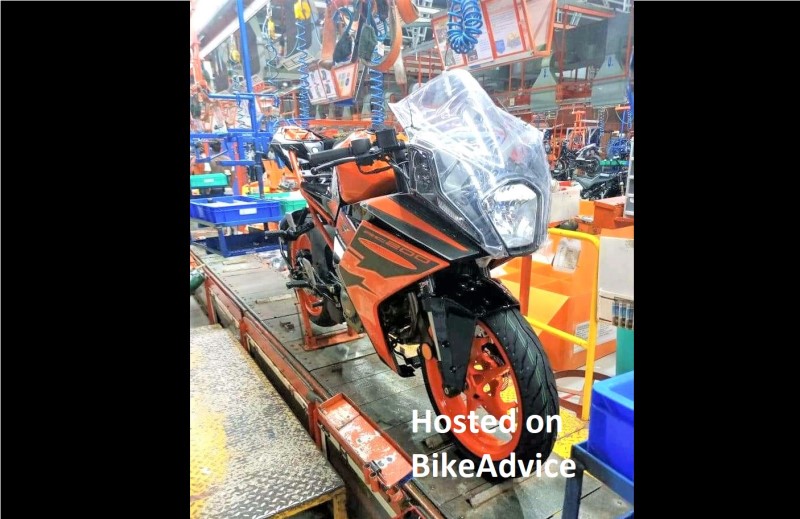 A 2021 RC200 pic has emerged from the assembly unit inside Bajaj’s plant. The condition of the motorcycle suggests that it may be launched soon…

It is known that KTM is working on the next-generation RC range but what is surprising is the new design language that the Austrian brand is following. The current RCs look extremely flamboyant and that styling oozes hooliganism!

The new theme has been revealed by this first ever clear spy pic of the new RC200 that appears to have surfaced from Bajaj’s assembly line at Chakan Pune. The twin projector headlamps are gone and in comes conventional halogens – actually a downgrade!

The face now become old-school and, kind of, mature which goes against the image of the RCs. The overall bodywork has also been toned down for a model that appears to be becoming more of a sports tourer kind rather than the current aggressive, supersport like profile. And what is that weird, extremely long windshield doing there?

Now coming to the other important thing – just notice that even the stickerwork is complete on this model which suggests that the production model may have been frozen and we may be closer to the motorcycle’s official launch in India – which may happen in a few weeks or months from now.

After the new-generation Dukes, the RC range was due for a comprehensive upgrade, however, I am still confused about that new design. Let us hope that the upcoming model doesn’t look as muted as it appears in the spy pics so far…