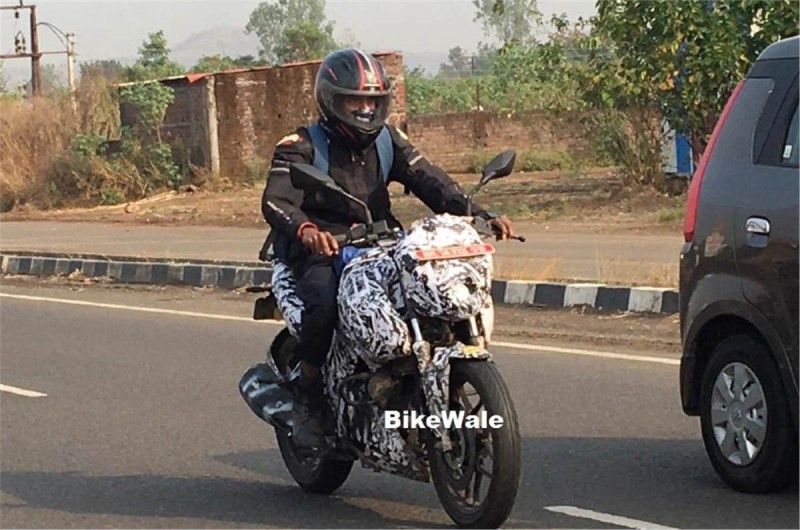 2021 Pulsar spy pics have surfaced for the first time on the internet. Though there are claims that it is a 250, we believe it is a smaller model…

There are two very contrasting facts about one of the most popular motorcycle brand in India – Pulsar! One – that it is the largest selling sports moniker in India and two – it is quite old! There are two generation of Pulsars currently on sale – the older-gen models that have their roots from as early as 2001 and the newer generation models that debuted around 2012.

Quite naturally, Bajaj would have wanted to phase out the older models but that has not happened and bikers have simply not shifted to the newer-gen variants. Even what we are calling as newer-gen models are quite old in the market. Here comes another twist to this story – the next-generation Pulsars!

The next-gen Pulsars have been talked about for sometime but today we have the first spy pics of one of the models. Though there is a claim that this is a 250, there is no conclusive evidence of the same.

If we look closely this appears to follow the same design recipe of the NS series – extended tank scoops, curvier, pointed body ending in a slimmer tail – but everything is different from the current models. The engine isn’t a liquid cooled motor which means that we may be, in fact, looking at a smaller capacity engine. Because, it doesn’t look probable that a company that offers its 200s with liquid cooling will downgrade the bigger motors to air/oil cooling.

The headlamp and rest of the parts are completely camouflaged so it is difficult to ascertain a lot. But considering that the model is on the roads testing, we should start getting its details, bit by bit! Official introduction sometime this year looks very likely as well.