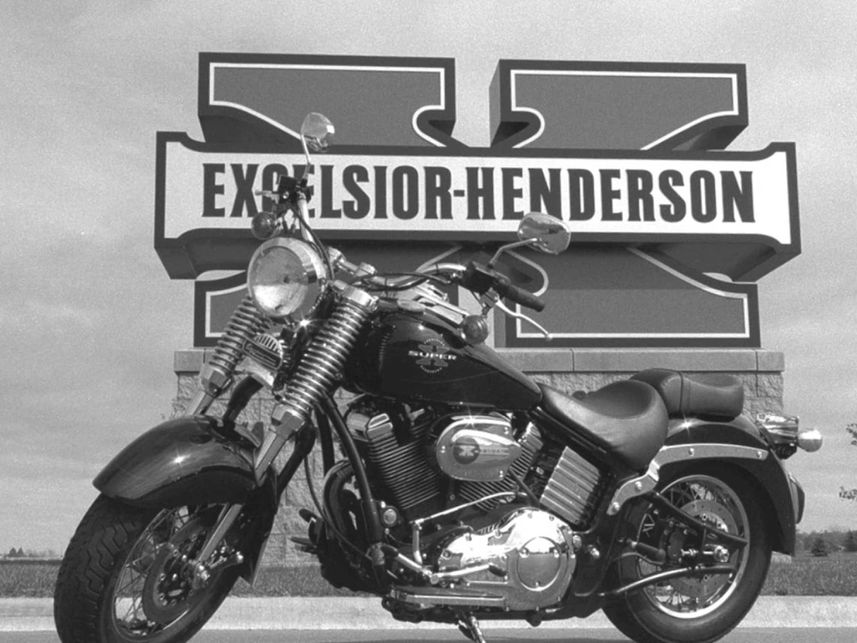 It looks like all the major automakers are hell-bent on attacking Royal Enfield’s fort. And why not? The retro cruiser motorcycling segment in India is a very big opportunity, and Royal Enfield is the undisputed leader in this segment with around 95% market share. You can check out its numbers versus rivals here. Naturally, every manufacturer wants a piece of this cake, and we are seeing them all making a move for it.

While Honda recently entered the segment with its CB350 H’ness, TVS acquired Norton Motorcycles; Hero Motocorp saved Harley Davidson, and Bajaj Auto partnered with Triumph to take on the mighty RE. However, it looks like Bajaj is not going to stop just at this.

The company has recently filed trademarks for Excelsior Henderson brand in Europe under the motorcycle parts and clothing class. If you do not know what in the whole world is Excelsior Henderson, you are not alone. Here is a brief history about the brand…

It is an American company that produced four-cylinder large capacity motorcycles in the early 19th century. However, the company had to cease its operations in 1931 due to the Great Depression, only to make a comeback many many years later.

In the 90s, Minnesota based Hanlon Manufacturing had bought the company and produced a 1,386 cc twin-cylinder motorcycle called Super X. However, it did not see much success and had to shut down again. Later, the company (or the brand name) was up for grabs at an auction in 2018.

Now, Bajaj has filed a trademark with the European Union Intellectual Property Office (EUIPO) to use the name on December 15th. While there is no official announcement made by the company on this yet, it looks like Bajaj is indeed working on bringing this brand back to life.

If this, indeed, fructifies, we might see some worthy mid-to-large capacity motorcycles from the house of Bajaj, which may take not just against Royal Enfields but internarional brands like Harley Davidson globally. We will have more information on this in the days to come, and it sure is an exciting news!