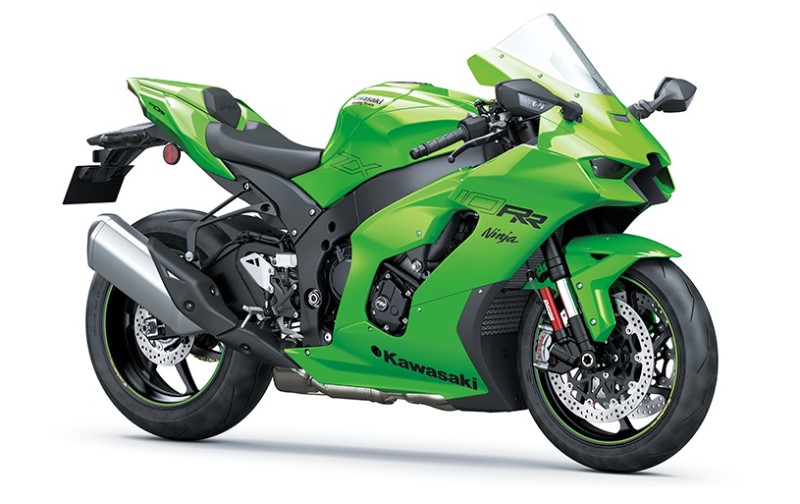 Kawasaki had updated its flagship supersport motorcycles – the ZX-10R and ZX-10RR late last year. Now, we hear that the company has firmed up plans to launch the base model in our country in the next couple of months, by March 2021.

The 2021 ZX-10R seems to have taken its design inspiration from the Ninja H2’s sharp design. It gets twin LED headlamps on either side of the central ram intake tunnel. Apart from that, Kawasaki has for the first-time integrated winglets on the ZX-10R inside the side fairings, and claims that it helps improve downforce by 17 percent.

Kawasaki has also made some changes to the chassis of the bike and the swingarm, which is now 8mm longer. The bike’s wheelbase has also gone up by 10 mm. Besides that, it gets a fully-adjustable Showa Balance Free Fork and rear mono-shock. The company has also tweaked the ergonomics of the bike, which give it a more committed riding position.

Mechanically, it gets a 998-cc, in-line, four-cylinder engine that has now been updated to meet BS6 and Euro-6 emission norms. The engine is mated to a six-speed gearbox.

In terms of features, the ZX-10R gets Bosch six-axis IMU to govern the traction control, riding modes (3 standard and 4 customizable), cornering ABS, and more. It also includes cruise control as standard, along with engine-braking control, launch control, and a quick-shifter. The bike also comes with a Bluetooth connectivity enabled 4.3-inch TFT display.