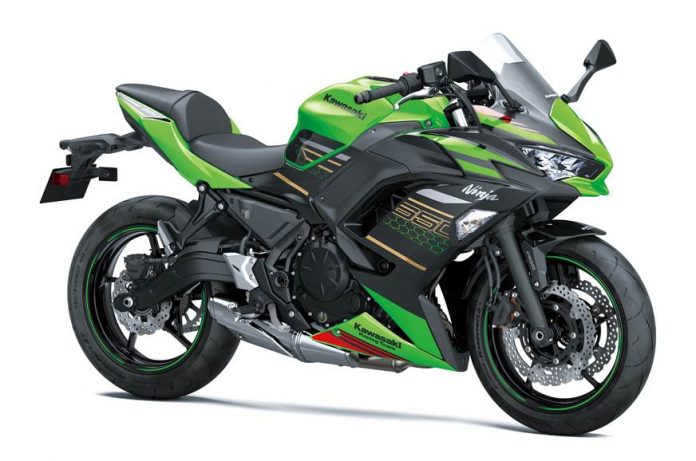 2021 Ninja 650 BS6 changes include upgrades to the engine and exhaust for emission compliance and new features listed in this quick story..

Kawasaki announced the new Ninja 650 for India back in January this year, however, it was officially launched just yesterday. The mid-sizer is not just a minor engine/exhaust update but it has received a mid-life update in the process. Let us quickly list all the major changes the faired sportster has received.

Apart from this, the motorcycle also gets a slightly bigger windshield for better wind protection.

So How Many Ninja 400s Were Sold Last Year?

Internationally, Kawasaki is the news for its four cylinder quarter liter Ninja ZX25R which will go to the Indonesian market first (watch teaser video here). The new 650 shares its design language. In India, the Jap has also been spotted testing the new Ninja 300 BS6 which is expected to be launched sometime later this year (see spy pics).

You Will See Hornet 180 Adventure Sooner or Later, Says Honda...